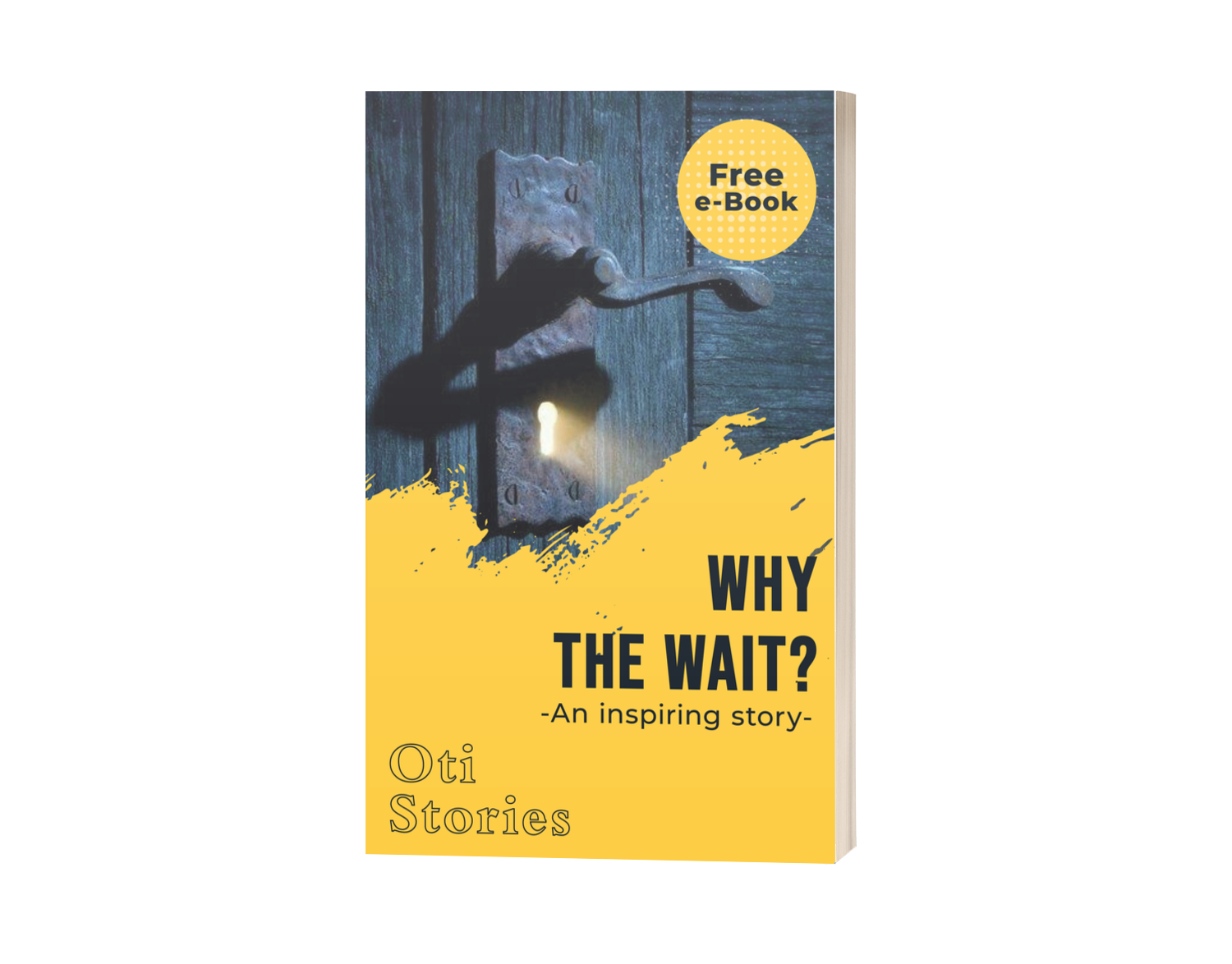 God isn’t slow to hear and answer. Please I recommend that you listen to or read this inspiring story especially if you are tempted to feel weary and tired of praying concerning that expectation or desired result

My name is Maro. At age 10, I lost my mom and a year later my dad died. I had no choice than to live with my eldest sister who was already married at that time.

I didn’t just live with her and her husband. They actually saw me through my primary and secondary education.

My stay with them was peaceful until her husband suddenly became very mean to me. He made the house “Hell on Earth” for me. I was about to round off with high school around that time.

He’d beat me up severely at every slight mistake I made. I felt he was doing all these because he wanted me out of the house. It was obvious that he was trying to avoid the financial burden of seeing me through the university. Unfortunately, I had no where else to go. My sister was the only sibling I had. I went through hell.

I spoke to my school principal about it and he helped me apply for numerous scholarships. I wrote all eight exams from eight different organizations and got six out of eight.

I got into the university. And with the scholarships I was able to see myself through school.

Then towards the end of my final year, I began to get worried. I needed a place to stay till I get a job.  And my sister’s house was not an option.

So, I decided to talk to my pastor about it. He told me to come to his house everyday to pray for 30 minutes. That was around December, while I was to graduate January the following year.

I started going to his place as instructed. And whenever I’m done praying for the day, he prays briefly with me.

Then on the first week of January, God spoke to me while I was praying. He told me that I’d get a good job in July. But, that didn’t go well with me. I felt devastated, sad and terrified. July was  too far for me. I was to graduate in January and didn’t have anywhere else to stay till July.

So, I went to my Pastor to inform him. Well, he didn’t say anything. He only prayed with me as usual and encouraged me to keep coming to pray and not lose Faith.

I was unhappy with God. I thought God is a “Now” God.  And that if He could do it now, why should He decide to take it to July. I began to conclude that God didn’t care about how I was going to survive till July.

I was offended towards God. Because of that, I skipped a few days. After which, I told my pastor that I’d stop
coming over to pray, if nothing happens in July. I was squatting with a student in school. So, I begged him to allow me squat with him till July. I promised him that I’d leave at the end of July. He accommodated me, fed me and also helped me financially the whole time. I continued praying everyday till July.

After the long wait and extensive hours of praying, I finally got a job in July. The Salary was about eight -hundred thousand naira a month. I was really excited. But that was just the beginning.

Two weeks after, I was selected along side with ten others for a training. We were told that after the interview, the most qualified person would be selected for the training in Germany.

On the day of the interview just I and one other person showed up. The other eight guys didn’t show up till
the interview was over. Some of them called to ask for a reschedule. Even the very best of them complained of traffic Jam while some complained of running stomach etc.

Well, I could clearly see that everything was working in my favor. I knew I was the least experienced from the ten of us. They were very experienced and sound good. There was no way that I could emerge the best without supernatural help.

As for the other guy who showed up, he suddenly began to shiver. He fell ill instantly and they were left with no option than to choose me for the training in Germany.

Right after that, I was flown to Germany the next day. My accommodation, feeding and allowances were  well taken care of. I was also given the opportunity to travel during weekends for free, to any place of my
choice in Europe .

The training lasted for six months. After the training, I returned to Nigeria and began to earn thrice my initial salary of eight hundred thousand naira.

When God says WAIT! It does not mean that His intention is to cause a delay. It it also doesn’t mean
that He has not answered you. He only gave you more time to Pray in order to clear out every
resistance. Which would in turn make your testimonies smooth.

WAIT MEANS … Pray harder! You’ll have it and surely have it in the best and Supernatural way.

During the period of wait, do not pray like you are still believing God to do it. Rather give thanks to God for answering your prayers, worship Him like you already have what you are asking for and pray in the Holy Ghost.

God answers by giving you a wrapped up and well packaged gift. It’s in your position to unwrap it during the period of waiting.

I hope you have learnt from this story.