ALL POWER IS HERE 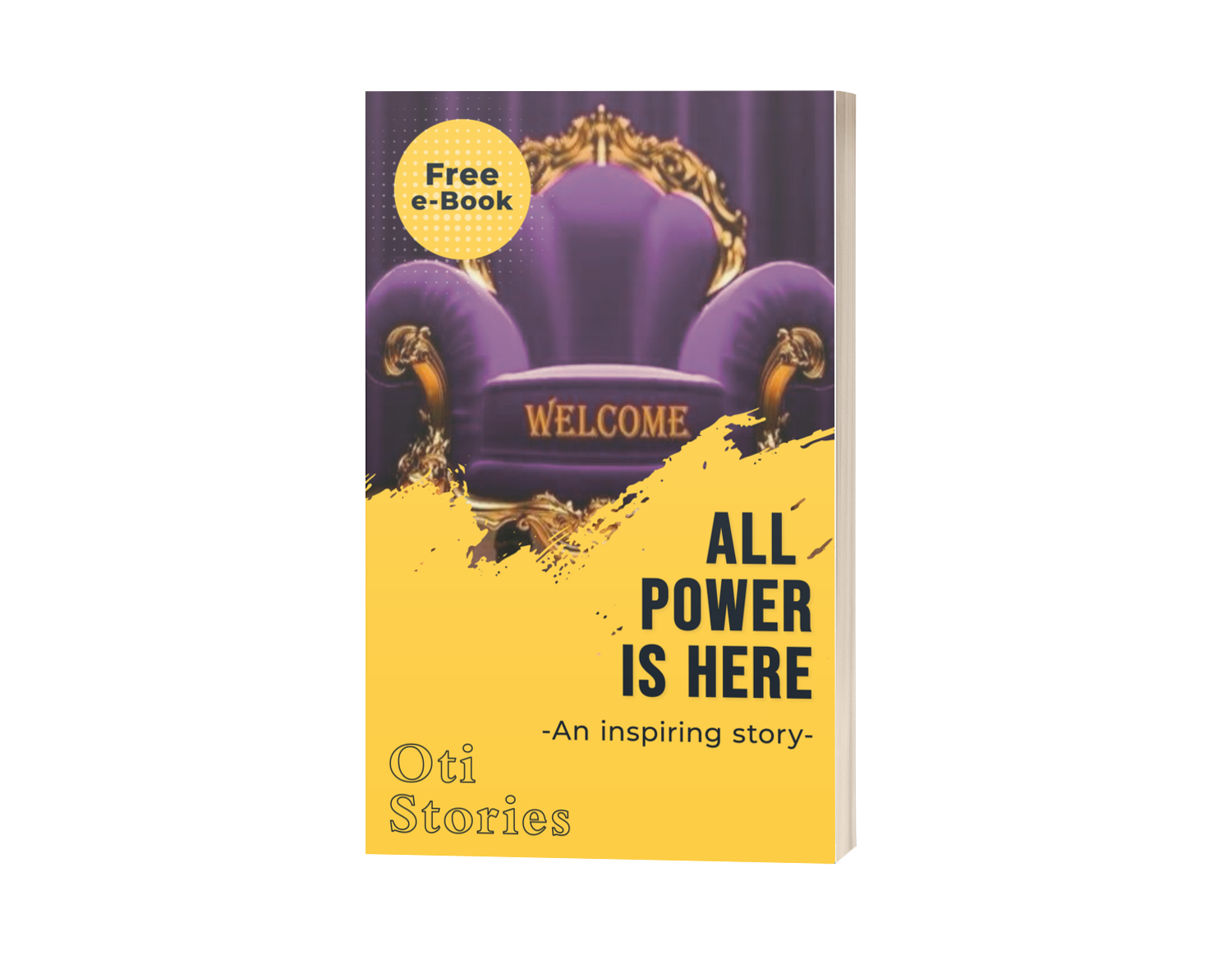 If you are born again, you are now a son of God and you have been translated to another realm and now operate from another level. This is a very soul lifting story that shows the advantage that this position has presented to you over this life.

If Christ didn’t sacrifice his life and resurrect for me, I would be amongst all men most  miserable. I am making this statement from a personal life experience. You know I was one of those few good people born in an evil  world. Somehow I couldn’t understand how and why the people of the world live the way they did. It seemed to me that the predominant thought of an ordinary man is wickedness, hatred, and insincerity. I just couldn’t just manipulate people and things in the cunning way that people do. I didn’t know how. I didn’t have the wisdom with which the world operates. As a result I was always at the mercy of people. I always felt helpless and foolish.

At some point I felt life was not for me. People took advantage of my being god and straight to oppress and dwindle me.  But in all, I just didn’t want to learn their ways. Something in me didn’t allow me to.  So one day, I stumbled on a message on tv about the new man, the new creation and the nature of the righteous man.  It was in that message I got to know why I found it hard to learn the ways of the world.  I could recall that I had attended a Christian owned school as a little child. And along the line had been led to Christ and baptized with the Holy spirit. Apparently, I had received the new nature of Christ. And though I wasn’t conscious of my new nature, it was there. I had already become a new creation who had not been feeding on the right food or not developing herself. Yet, the fact that I had been made new, had sort of separated and given me a new identity. I had a life that could not be corrupted even when I wasn’t conscious of it. So even when I act in a way that imitates the world I would always have this unusual feeling that I was not the one who did what I did.

After realizing this from listening to that message on tv, I decided to start giving more attention to discovering my real identity in Christ. I began to listen to more messages on my identity and how I operate and function.

Along that time , I had already started  applying for jobs in the area of a new skill I had acquired a few months before. But I was not getting any success. Sometimes I would go through their rigorous vetting processes and still get disappointed. So while I was studying on my new identity I discovered three scriptures;

Eph 2 :6 And God raised us up with Christ and seated us with him in the heavenly realms.

Rev 4:11 “You are worthy, our Lord and God, to receive glory and honor and power, for you created all things, and by your will they were created and have their being.”

Eph 1:21 Now he is far above all rule and authority and power and dominion, and above every name that is named, not only in this age but also in the one to come.

It wasn’t until then that I knew I was seated in Christ far above this world, its authority, power and those who live by it. I was seated in and with the one whom all things answer to. There it dawned on me that I am greatly advantaged. Oh wow, knowing I could initiate anything through the supreme unrivaled authority vested in Jesus. What great assurance it is that I am one with Jesus. This implies that I can do what Jesus can do. We are one.

While meditating on this I suddenly remembered that there was a  job I had recently applied for and gone through their vetting process. But I feared that I might not have  met all the necessary requirements  but I had just hoped to get a positive response somehow.

I knew all of a sudden that hoping to get a positive response somehow wasn’t consistent with my nature in Christ. I should rather be geared towards reigning with Christ.

I began to align to the influence I had over the people of the world through the authority of and in Jesus.  I became so conscious of my identity in Christ that I ensured to enjoy its advantage by speaking it where I am and seeing results from places and people distant from me.

But then, I didn’t get any response from that company. And when I realized that three months had gone by without getting any response, I began to doubt if all I read in God’s word were just prints and without power. At that moment I felt like I had been deceiving myself and that all the testimonies I had were mere coincidences. I know I shouldn’t have gotten disappointed but I couldn’t help myself. It seemed like the moment I began to observe what I could see, disappointment quickly rushed in to overpower me. During that time I felt very heavy, found it hard to pray and began to doubt everything I knew about my new nature in Christ. I began to see myself in the old all of a sudden. The depression kicked in again and I began to feel very miserable. In the midst of this, I began to cry out for help from the eternal one whose life I have. And almost immediately, I felt a strong peace in me and also resting on me. And then there was a melody in my heart. It rang in my heart for a few minutes.  It wasn’t a familiar tune then. But a few days later my Youtube playlist played into a song with that same melody. It was then I knew I had had a supernatural experience. The song was from a certain singer named Ada from Nigeria. The title of the song is THE WORD IS WORKING.

I replayed the song over and over again, rejoicing and jumping for joy. I kept singing the lyrics that said “The word is working, The word is working for me. It’s working on my inside, flowing to the outside, making me over…, The word is working in me”. Then suddenly, my eyes opened to see what I now know as the spiritual realm where I saw a plane-like figure taking off. It broke out limitations and stabilized in an atmosphere of the word of God. Right there I knew I had been liberated. Then I spent some time giving God thanks. Moments later I checked my mail for new mail to see that I had received mail from the recruiter stating that I had gotten the job. He said they were quite unwilling to proceed with me but a lot of things had happened in the organization and left them with no choice but to ring me onboard with full benefits.

You needed to see how I ran to my bible and held it to my chest screaming “The word is working for me”. This experience matured me alot. I became stronger to resist the temptation of observing what I can see and removing my eyes from the unseen (which are my expectations, God’s word, etc) and focusing my eyes on what I could see ( which is temporary and subject to change) as said in 2 Corinthians 4:18 NIV

Indeed, all power and authority belongs to Jesus. Everything has been wired to answer to Him. And what love He has shown us to give us the right to use His authority. Why feel scared, ashamed, uncertain, confused and opressed. The authority to change anyone’s disposition towards you, to change the circumstances around you, to ensure your peace and joy is maintained is accessible to you. You are now seated with Christ above all power and authority. All power is here; where you are seated. The question I have for you is, Are you reigning with Christ or is the world reigning over you?