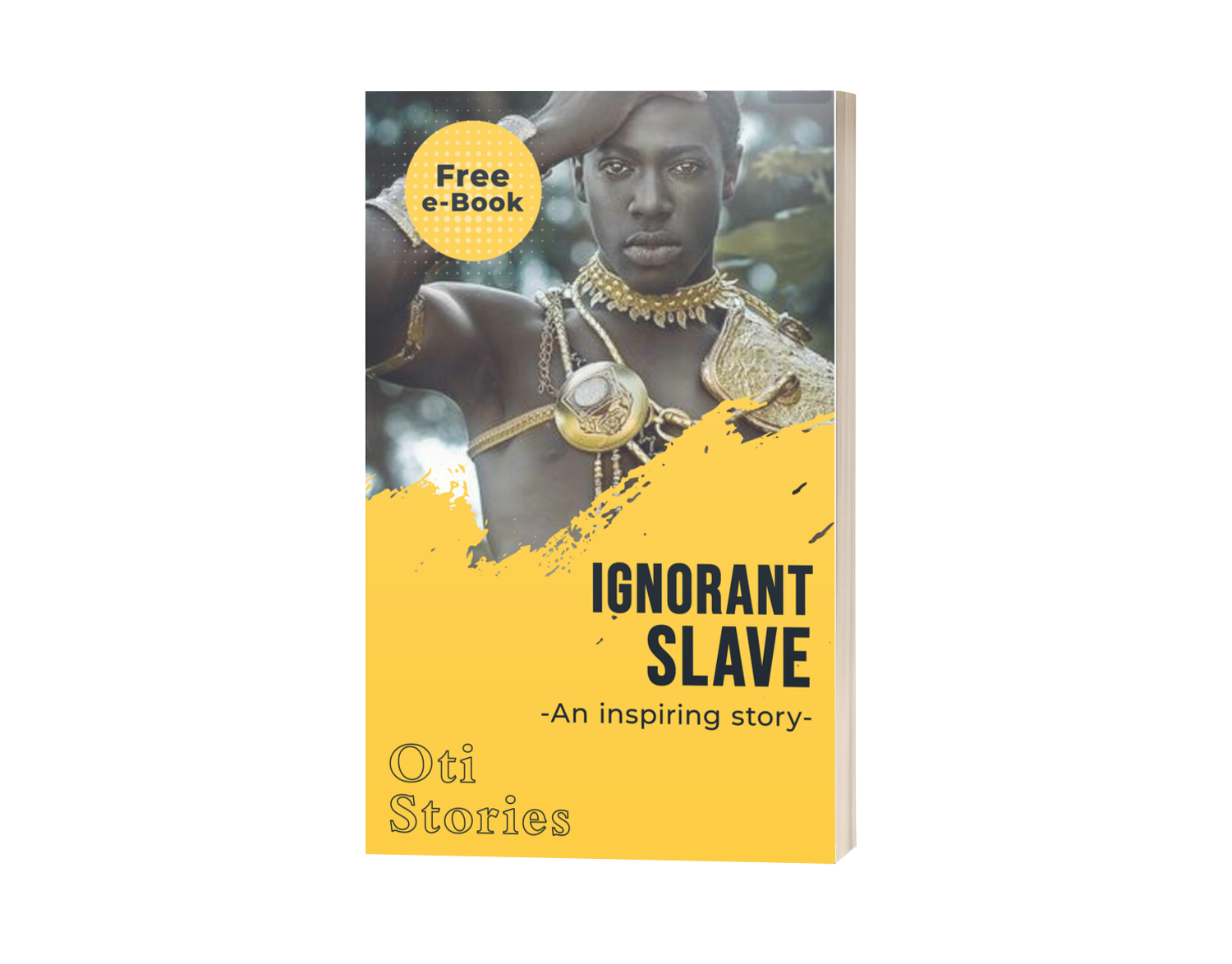 Some Christians have died without living the life God has for them? I plead that you don’t make such a mistake either. Kindly listen to or read this story and get God’s good plans activated in your life.

I woke up with excruciating pains all over my body. The pain was so severe, that it felt like someone had laid 3 bags of rice on me all night. As I worried about the pain, I gradually became conscious of the environment. I suddenly realized that I had slept on the hard concrete floor of my master’s pig house all night. So, I got up to speak with anyone I could possibly find because I was curious to know how I got there and why my body ached severely.
I finally sighted one of my Master’s maids by the well. So, I rushed toward her, leaping all the way to where she stood. As soon as she sighted me, she jumped with great excitement. She kept screaming “you are alive! you are alive! you are alive!”. Then, she told me that I had been lying there for 2 days. She said that our Master had ordered his guards to beat me up, for waking up late. She said I couldn’t take all the beating, so I passed out and was left to lie there unconscious at the pig house.
On hearing this, I began to weep bitterly. I had actually spent 17 years of my life in severe torture, from that cruel man.
Sometimes, I was made to work very hard, and then given nothing to eat till the following day. When I’m eventually given food to eat, the food would be either spoiled or over spiced. In fact, I get to eat good food only on rare occasions. Most especially times when any of the maids would take the risk of sneaking some food to me.

All my life I had been a slave. I don’t know where my parents or relatives are. The only time I summoned courage to ask my Master how I got to his house, he beat the hell out of me and starved me for 3 days. But, he told me that he picked me up from the street and that I was abandoned there by whoever had me. He said I was only 2 years old at that time. He told me that I meant to serve him as my master in return because If he hadn’t saved me I should have died a long time ago. He orders me to call him MY LIFE GIVER.
Well, deep within I felt that it would have been better if he had left me on the streets instead, rather than turning me to a slave. I often said to myself, that it’s better to die once and for all in the streets than to die everyday in a Mansion. My Master lives in a mansion with his wife, his 10 year old son, his sister and her 14 years old son.

He is a very wealthy man and has all the good things of life. But there’s something strange about him. Which is the source of his wealth.
Ever since I had known him, he has never gone to work, never taken any job and never done any business. He spends his time touring from one country to another. And whenever he is around, he stays full time at home doing nothing.
His wife is 10 times as cruel as he is. She never lays her hands on anything. She has a maid for everything. His son and nephew are spoiled brats. While his sister is a 100 times more wicked to me than he is.
I stood by the dirty well thinking of a way to escape all these harsh treatments. As a matter of fact, that was the only well the servants were made to drink from, while his animals get full access to tap water.
After a while of standing beside that well still thinking of what to do, I decided to commit suicide because, every time I tried to run away, somehow the police always finds me and returns me back to him. I considered it the best option because, I was very tired of living, and could no longer take the torture anymore.

Just then, I heard a very loud sound from the gate. It sounded like a horn or maybe a trumpet, and then the entire environment was filled with serious noise. I heard the sound of cars, I could hear loud screams and shouts, I could hear broken glasses and door bangs. Although it wasn’t any of my concern, out of curiosity I decided to go find out what the noise and chaos was about.
On getting to the front of the main building, I saw a lot of cars parked right in front of the house; about 50 of them. I saw my Master’s son lying dead. Then I saw My Master, his wife, his sister and the maids on their knees crying and begging one white-beard old man.
This old man looked very rich and powerful. In fact, he looked like a king. His clothes were very fine and expensive and he was accompanied by a lot of nice looking servants, followers etc.

Immediately I got there, one of his guards rushed at me. He said “Here’s another one of them. Another bastard! You all will pay dearly for losing the only heir”
He dragged me to the floor and hit me very hard. I looked at my master only for me to see him staring at me with rage. “Then he screamed out, “because of you I have lost my only son.” After that, he hit his sister from behind and they began to quarrel and fight.
The old man didn’t do anything. Rather, he watched them keenly. And after about 30 minutes, he ordered them to say all they had to say because he is going to kill all of them for not watching over his son and for allowing him to get hit by a car.
When my master’s sister heard that they’ll all be killed if they don’t say the truth about the his son’s whereabouts, she began to confess;
“…Sir please spare my life. What I told you was a lie.
Your son was never hit by a car. After you left your son with me to help you cater for him since his mother, your wife was no more, I thought you’d never return. So I sacked all your servants and asked my brother to come live with me.
He brought in his family with him and since your son was in no way related to us, we began to send him errands.
My brother had eyes for the money that you left for your son, so he warned me never to tell him the truth about his background. Out of jealousy he maltreated the boy severely. I had attempted to stop him but each time I tried to send him out or tell your son the truth, he would beat me up seriously and would threaten to kill my son. Everyone around fears and takes orders from him.
Most times, he forces me to be very cruel to your son just to prove that I am loyal to him. And if I don’t, he’d throw me out.
Please forgive me for bringing this devil of a brother to your house. Please spare my life…”
Just after the confession, this old man ran to me and hugged my sweaty, stinky and smelly body. For the first time in my life, I felt really loved and had a sense of belonging and acceptance.

I couldn’t just believe that all these while of intense suffering, I didn’t just have a father but a very rich father. I couldn’t stop crying after knowing that, I lived like a slave in my own house and that I had everything I wanted but couldn’t access them because I was made to believe that I was an unwanted abandoned child.

This is how it is with Christians who do not know that God their father has brought them from darkness to light and has made them Kings (given authority) and priests (given power). They do not know that He has given them all they need both spiritually and physically, through their heritage in Christ Jesus. Because of their ignorance, they live at the mercy of Satan; the imposter and liar, who tells them that…. they are under a curse, that demons are powerful, that Christians can’t be rich, that faith works only for some Christians, that healing is not for every Christian or that one can not be healed every time, that you are disadvantaged, ugly, barren, unfruitful, average, disabled, a loser, that Christianity is difficult etc…..

Stop being a slave to the devil. Take your place and kick him out. The devil can only operate in darkness and can never operate in the life of anyone who is in the light of God. Christ has made a public show of the devil on the cross where He ripped him of his power and showed everyone how defeated the devil already is. And then, He exalted you far above the devil and every principality or power.
You were born again to live in your royal divine heritage and to dominate with authority and power, as kings and priests over everything. And that includes the devil.
NOW THAT YOU ARE NO LONGER IGNORANT OF THE FACT THAT YOU ARE IN CONTROL, STOP BEEN A SLAVE! GET BACK TO YOUR THRONE AND RULE! THE END!!!