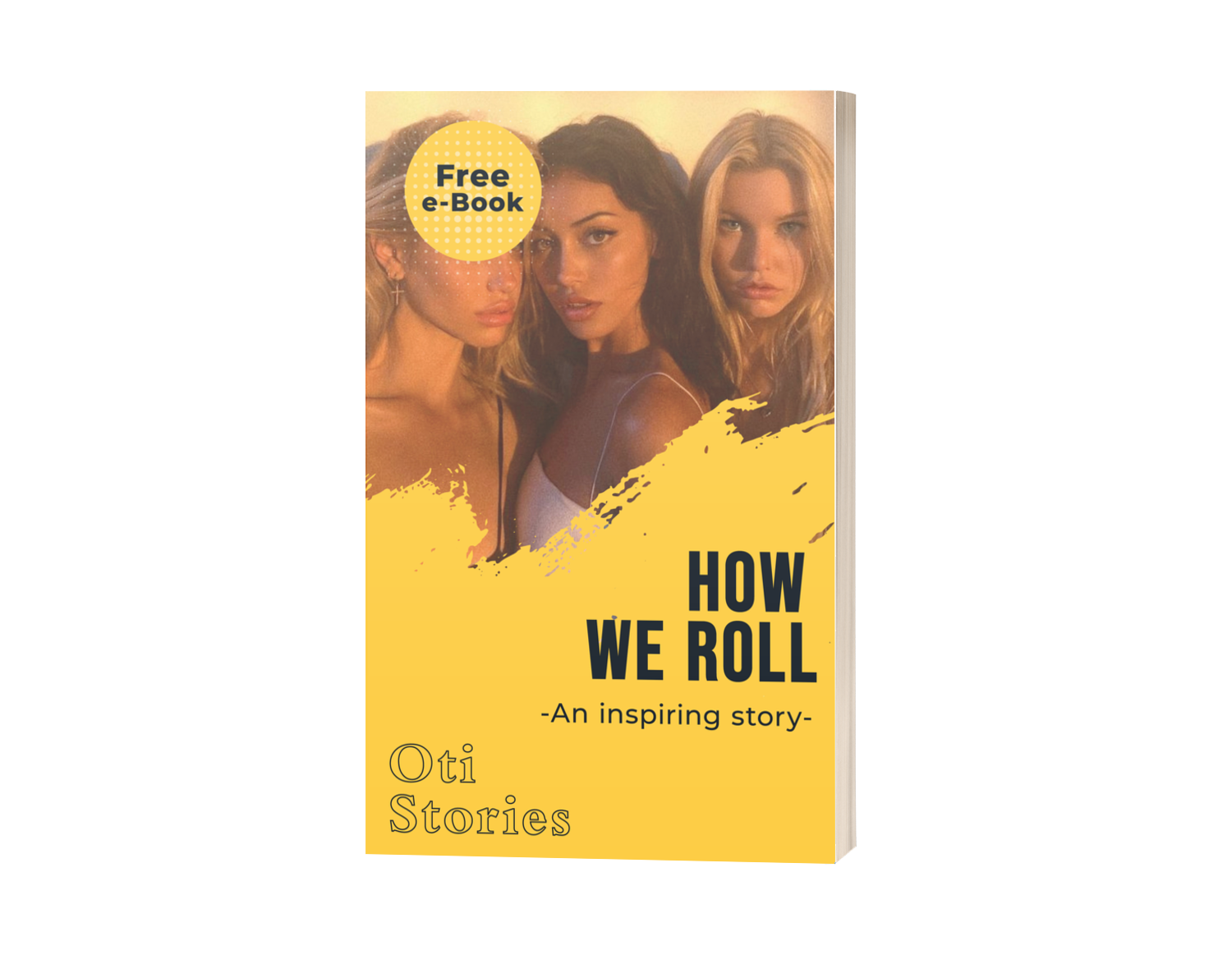 Have you ever felt that you deserved something but it never came to you? Have you ever wondered why good things always go to that particular person that doesn’t deserve them at all? I recommend that you read this life transforming story.

I met Brenda 3 months ago. She was just a new employee at our firm. Although it’s normal for old staff to familiarize with new ones just to make them feel comfortable, my main reason for going close to Brenda was entirely different.

I didn’t like her at all but there was something I wanted to find out about her.

As an OND holder, she’s wasn’t even qualified for that job.

But it would amaze you more that not only did she get employed, her employment letter was back dated with 5 years. All the salaries, allowances and promotions that she would have gotten in those 5 years were all given to her.

“Who is this Brenda? What did she do and who did she sleep with to get all these?” I thought to myself.

Two weeks into her resumption, she was given another promotion letter. Through this promotion, she automatically became a manager of my rank.

It was then I really proposed in my heart to find the root of Brenda’s connections. ….I am a runs girl. I know the inner caucus of “getting what you want with what you have”. But never ever, have I experienced what Brenda experienced.

I had tried manipulating the CEO who I regularly sleep with, for promotions. Yet, he failed me most of the time because he didn’t want a scandal in his name.

I booked a night with him just to persuade him to tell me all Brenda had done. I was curious to know if he had been sleeping with her and if she was better than me. But he kept saying that she didn’t do anything suspicious. He told me that he only knew deep down that she deserved it despite her low qualification.

This made me more furious. So I decided to start going closer to her. I got her gifts, I paid her visits, I invited her to the movies with me, I was so caring to her etc and in no time we became very close friends …

While I did all these, I kept been very observant so I could pick out facts and tips about her life.

So one day, I asked her “How did you do it Brenda? Tell me the secret…”

At first, she didn’t seem to understand. So I explained further by asking her how she got employed in the first place and how she got the company to do all those great stuff for her”

She smiled and replied, ” Oh! That? Girl, I belong to the Supreme class of the society”

I didn’t say a word after she said that. My jealousy grew after she made that statement. I knew that we had the third class, middle class, and first class, so what did she mean by supreme class? To me I felt she was showing off and trying to tell me she’s a lot better than me a Masters Holder. So, I planned to kill her…    I tried to poison her twice. The first time, I got food from an eatery, placed the poison inside and gave it to her at the office. She ate the food and threw up after about 5 minutes.

I wasn’t there. But she informed me the following day that the food I got from the eatery had a nasty taste that made her throw up. Then, she advised me not to get anything for her from that eatery  again.

So, the next time I tried poisoning her, I made home made juice at home and took some to her on a particular Saturday.

She drank it and after waiting for about 10 minutes to ensure that she didn’t throw up, I left. I was so excited that I couldn’t wait till Monday to get the “good news” of her death.

On Monday morning, I rushed to work very early. I was so sure that she may had died in her house unnoticed. So, I began to tell my colleagues at work that I sensed something wrong had happened to Brenda and that they should call to confirm her well being.

Out of curiosity they called. And Boom! Her lines were switched off. So everyone at the office began to get really bothered. They started to enquire if anyone knew where she lived.  Someone said she knows I visit Brenda often but I denied it. I told her that we only meet at eateries and special locations.  Work resumed by 9am and Brenda hadn’t showed up yet. At around 11:45 am we saw someone like Brenda running in. She was all sweaty and panting all the way.

People began to hail me for having a sensitive spirit. Some called me “Spiro” others called me “prophetess”. It was obvious that something had gone wrong with Brenda. Well, what ever it was, I didn’t expect to see her alive. In short, I was highly disappointed and unhappy. That day, I acted so cold towards her. I heard her tell other colleagues that she had come late because of serious traffic. The traffic was so terrible that she had to trek a far distance in other to meet up. She also said that her line was unavailable because her phone had become faulty over the weekend and currently with a phone repairer.

I wasn’t my self through out that day because I expected the poison to have killed her. So, I paid her another visit the following Saturday.

This time, I opened up to her. I told her everything and begged for her forgiveness. This was what she told me:

“I am not aware of all you have been doing against me. But what I said is the truth and not a show off. I belong to the Supreme Class.

In the society we have 3rd class, 2nd class and 1st class. But there is a more superior class. And only few people operate there for now. In that class, we don’t get anything by merit because we are far above the systems of the society. We are not limited to our pay check. We don’t work for money rather money comes to us. We can buy and fix anything without paying for it. Yes, it sounds impossible and that is the reason why only few people operate at this class.

Our currency is FAITH. Our authority is exercised through praying fervently in tongues and constantly confessing that which we want to see happen or given to us.

Now, I am not talking about becoming a Christian. I am actually talking about…. authority and Knowing your identity in Jesus. You might be a Christian but may not really be a part of the Supreme class.

In this Supreme class, our lips always move even in public because we are always praying in tongues and commanding power. I know you have noticed it and when you asked about it I told you I was thinking. It wasn’t a lie. I was translating what was in my mind into reality, through constant and consistent praying in tongues.

We are always charged and we are always in control. We determine what happens and pray till they are established.

I had job hunted for 5 years. It was during that time I discovered this Supreme Class. Someone invited me to MouldBreak Port Harcourt. I listened to Moyo Akin -Ojo’s message, Reigner Davies, Jesse Duplantis, Arome Adah, etc (men who are already operating in this class) and it occurred to me that this Supreme class is opened for every one. In fact they were all told by God to teach us how to operate in this Class.

So, I listened to them everyday praying in tongues. And there was no day I went to bed hungry. Food always came and whenever I needed money, it was always made available.

When I heard of the vacancy here for a secretary, I knew I was not qualified. So, I intensified prayers and kept speaking God’s Word on His will to prosper. A day before the interview, I came to the premises and spoke unusual favor into the atmosphere. That favor is not over yet. There’s more for me in this company. I know that I’d soon become the managing director that’s next to the position of CEO.

So you see why poison cannot kill me. I can’t even die by accident. Everything works for my good.

I repeat, that you may be a Christian and still not belong to this Supreme class if you don’t believe  and work in it” … she concluded.

That day, she led me to Christ. I searched for MouldBreak, Reigner Davies, Moyo Akin – ojo, Arome Adah on Facebook and got some of their messages. I stopped been a runs girl and began to operate in the supreme class.

Today, I own a very big company that grew into millions of dollars 2. This Supreme Class is real and this is HOW WE ROLL!  THE END!!!