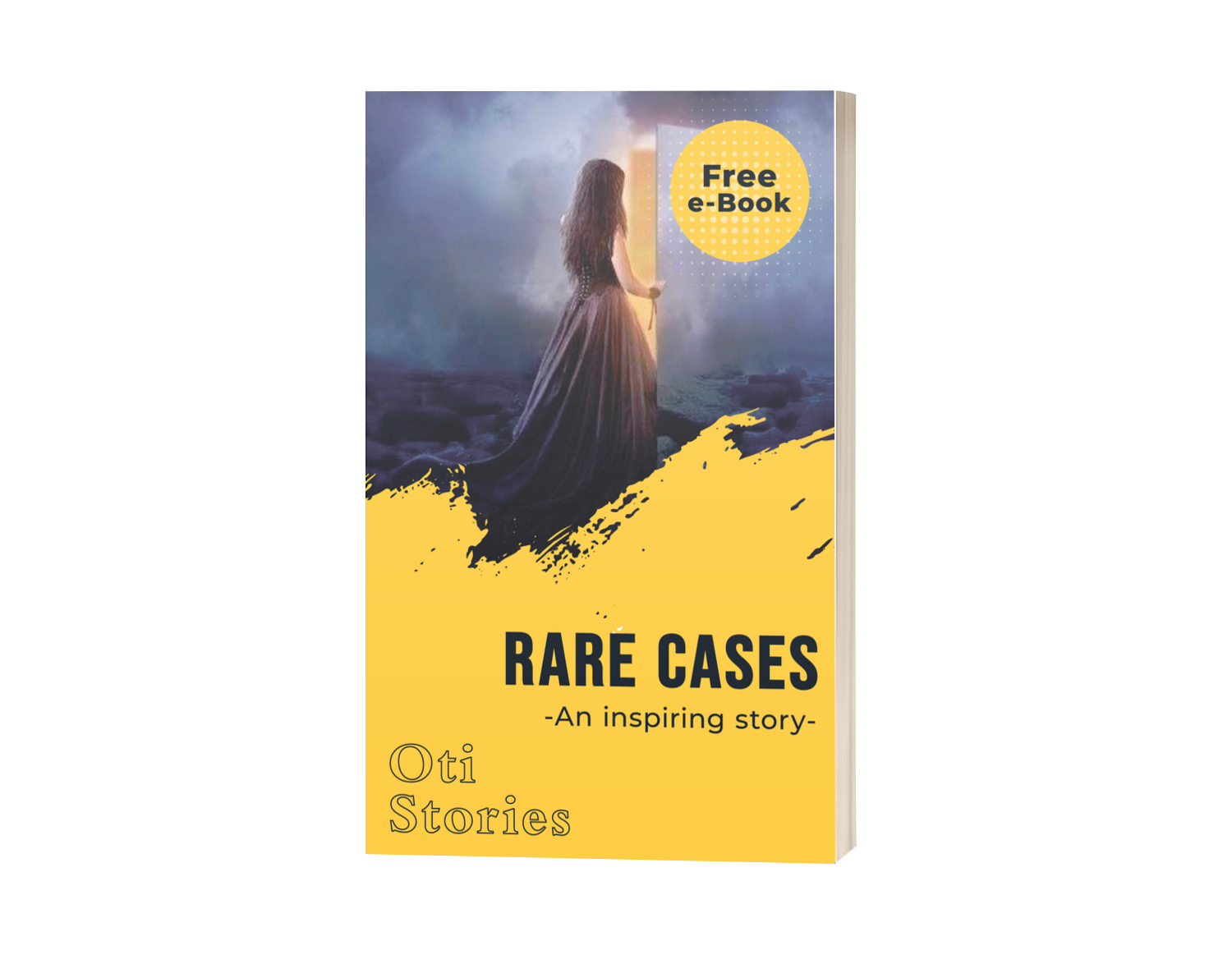 Have you ever wondered why some bad incidents happened to a believer you know? Well, this story is just so enlightening and it answers it all

As a 24 year old young man, I had just graduated from the university and had decided to support my family most especially, my Dad. I intended to support his establishment and ministry pending when I’d be able to figure out what I really wanted to do with my life and certificate.

Growing up, I was never really involved with the family ministry. Even though I was the first child and the only son, my father made up his mind not to ever bother me with anything that could divert my attention from my studies. Well, on the other hand, my studies did not stop me from attending the ministry’s meeting at all.

I was with my father at his office, in the ministry’s building. We were tidying up some paper work that had to do with the ministry’s financial record. But, then I noticed that my father’s countenance was very strange. I quietly observed him for a while, then I finally gathered the courage to ask…..

“Dad, what is the matter? are you feeling tired? Do you need to rest?”

Rather than giving me a reply, he stretched his right hand to his drawer, and then, he handed over an envelop to me. My heart skipped a beat on sighting that envelop. About a dozen questions went through my mind which made me even more reluctant to receive the envelop from him. You know, considering his sad look, I couldn’t help but to think it was either a medical report, something that had to do with debts, or may be a death letter etc…

I felt so scared that I didn’t even notice that I had left his hand hanging for so long until he screamed at me, “Take it!” .. he shouted.

I slowly opened the envelop, brought out the letter, and read it out. It was a bit confusing because the content was not in any way a bad news. I looked up and then found him smiling at me.

Dad: No, it is not. I was invited as the main guest speaker for this year’s conference of the Robert Max Ministry. The date is in 48 days time and I strongly feel it right down, in my heart not to attend it, most especially on the first day. I received the invitation 4 months ago and just last month I began to get this feeling. I trust that it is God speaking and I have also called the ministry to move my time to either the second or third day.

Last week, I got a call from them. They informed me that they had done all they could to rearrange the schedule but it turned out that every other minister that was fixed for both the second and the third days of the conference, have got important meetings to attend on the first and so they would not be present for the first day. They also said that if I had told them immediately I got the invitation, they could have sorted it out because, I was the first to be sent an invitation and so it would have been so easy to adjust things. They also pleaded with me not to be absent because they had already started to run adverts and my name is been mentioned as the main guest minister. I have a very close relationship with The Max family and I do not want to disappoint them. On the other hand I am sure I shouldn’t attend that meeting on the first day. It even became more clearer when I prayed about the issue yesterday.

Me: okay Dad… I think it would all be sorted out.

3 DAYS TO THE CONFERENCE

That day we had a meeting with the entire staff of the ministry. At the meeting, my father informed us that we were going to leave for the conference a day before the set date of the conference. He stressed that He was convinced within him to avoid flying on the the first day of the conference even though it would cost the ministry more money. After that, he instructed us to gather all the useful materials owned by the ministry, that would be needed at the conference. He also told us to put the office in order and to also take good care of our appearances before we leave.

That morning, we all assembled at the airport. The private jet was ready and few minutes later we all went on board. In exactly two minutes after the aircraft had started off, we began to notice a strange sound. It was so loud and deafening. It sounded like two metals were rubbing hard against each other. Luckily for us, the aircraft was still on the run way. The pilot stopped the aircraft immediately and we all came out. We waited for the Engineers to do a quick check so they could fix the fault. Unfortunately, we were told that the air craft would not be able to fly until the next day because of the technicality and time that would be involved in fixing it.

My dad did not seem very pleased with flying the next day so, he shared the crew into half. He made half of us travel with him via commercial flight. He told the other half to go home and fly in the jet the following day.

I slept through out the entire flight and had a strange dream. In that dream, I found my self at a local airport in another country. I boarded the plane with a group of young students and a couple of grown ups. In the plane I happened to seat next to a woman who looked very familiar to me. As I stared at her in a bid to recollect her identity, I noticed that she seemed very uneasy. I also observed that she was sweating profusely, panicking and murmuring to herself.

So, I summoned courage to ask what the issue was and if there was anyway I could be of help. But, she turned her face towards me, smiled and said… “I am fine…..”.

That didn’t satisfy my curiosity. Just after the plane had stabilised in the air, I looked at her again. On seeing that nothing had changed with her countenance, I asked her again if everything was okay. This time she took a deep breathe, looked at me, smiled and said… “I am fine…..”.

Well, I made up my mind never to disturb her throughout the flight anymore. So, I took out a book to read. Just then, I began to notice that I could hear her speaking to her self. I turned towards her to see if she was talking to me but her mouth was shut. Still, I could here her say…..

“I am not supposed to be here. God told me not to go. But I just don’t want to offend and disappoint this people. I feel I shouldn’t have made this trip at all. What have I done!”

I knew God had allowed me to hear her thoughts for a reason but I didn’t make any further attempt to ask any questions. I decided to focus on my book.

Few minutes to landing, she suddenly stood up and asked the entire passengers on the plane to pray. She said that she could feel that something isn’t right. Immediately she sat down, we heard a very loud sound from the plane, which was followed by turbulence and then a fatal crash.

At that moment, I woke up to find out that we had just landed safely. I kept the dream to myself and decided to focus on the conference.

The conference was scheduled to start by 10 am. By 9 am the honorary vehicles, sent by the host ministry, to convey us to the venue, was already at the hotel.

On our way to the venue for the conference, my dad made a phone call to the other half of the team in other to find out their plans for departure. He was told that they were all at the airport already and that they’d be boarding in few minutes.

The conference started off, on a very high and lively tone. At about 10:30 am, my dad mounted the pulpit to preach the opening sermon. Ten minutes into the message a member of our team who had flown in with us the previous day, came rushing towards me. He whispered into my ears …”There is an emergency sir!!!”

So, I rushed out with him. There he informed me that he had just gotten a call from the airport stating that, the private jet had crashed as a result of bad weather and that there are no survivors.

On hearing that, I flashed back to my dream. I told him to keep the news from my father until the end of the day. I got too emotionally down to stay at seated at the conference so, I sneaked out of the building and returned to the hotel. There, I cried my eyes out. I kept begging God to speak to me. After about an hour, the Lord reminded me of the story of one very famous African preacher whom robbers had visited in his house. The robbers told him that they were given instructions by someone to kill him and that they must leave without leaving him still alive.

The preacher begged them to allow him say his last prayer in the room , of which they agreed. They told him that they weren’t in a hurry. So he went to the room. There he prayed to God to help him out of that situation supernaturally. He knew that God is his strong tower, his shield and father. He trusted that God would miraculously spare his life from death. God had done great miracles through him. God has used him to raise several dead people and also protected his life on several occasions miraculously. But surprisingly, this time around, he got an unusual response from God. God told him “My son, look at that window. You better jump out of here through that window and run for your life or else those boys will kill you and we’ll gladly welcome you here in heaven”

The preacher stopped praying immediately, got up and ran away through the window.

Suddenly, I understood that as children of God, our default setting is divine protection, divine provision, divine health etc….. but there are rare cases where God would CLEARLY instruct you not to step into the sea. By default the sea is meant to part into two for your sake but on a rare case where God says ”DO NOT STEP INTO IT”, it’s best that you follow that instruction at that time because, that’s just the way of escape that he has provided for you at that rare instance.

If you don’t follow that instruction, God would not be angry, neither would He cast you in hell or see it as disobedience. He would still be with you even when you go through that situation you could have simply avoided by following that instruction. God speaks clearly and until you hear Him say “DON’T GO”, keep on going with the assurance that God will always do you good !!!! Thank you….