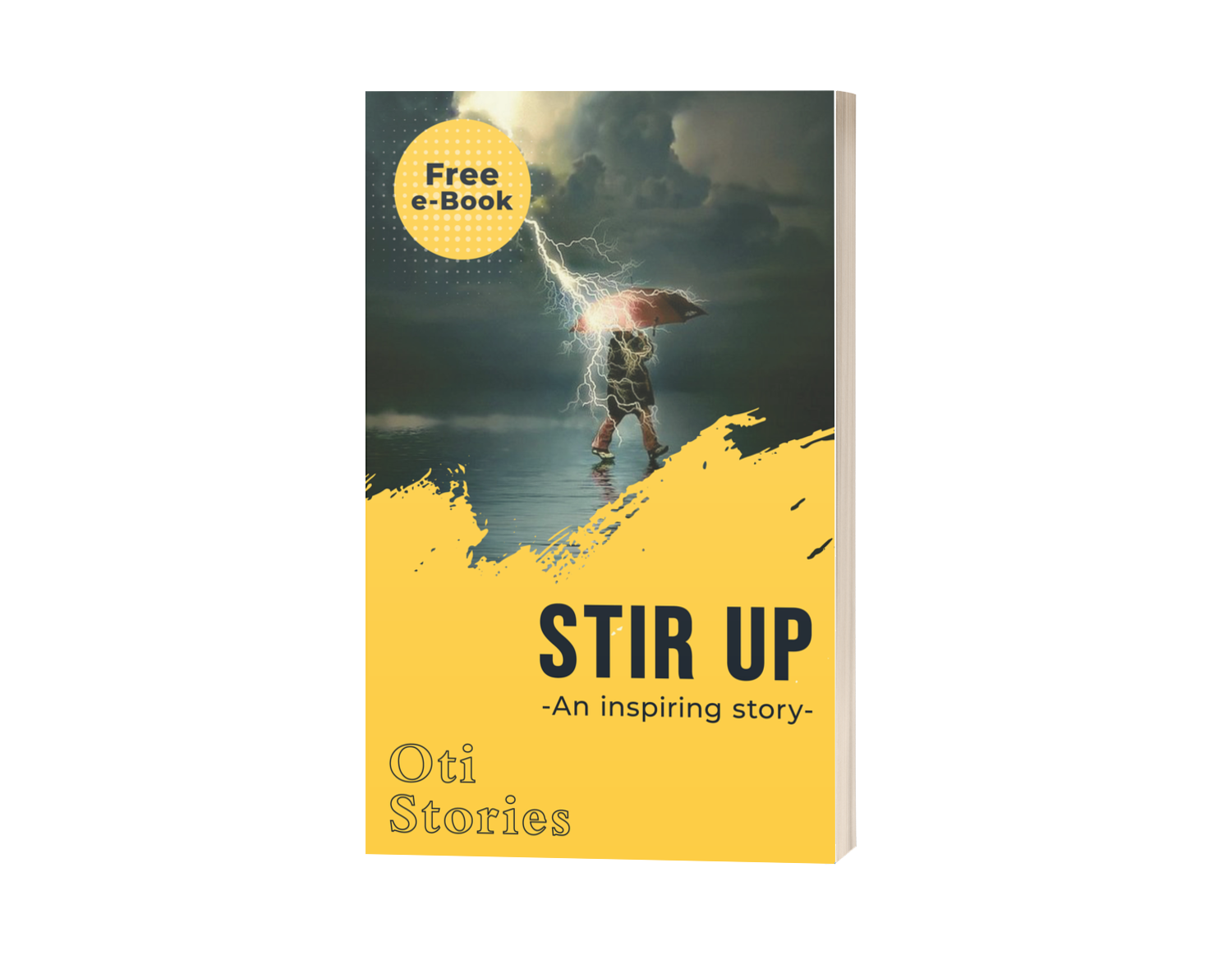 There is more than a gold mine inside of you, that could change your life and cause everything to work differently for you. In the midst of the negative experiences people are having all over the world, your own experience would be different. Read or listen to this inspiring story as I walk you through how I discovered this great treasure.

As a minister in the choir, I grew fast. In less than two months of joining the choir, I became a lead singer. I became one of the two most loved lead singers in the church. It was a surprise to many because I was the youngest and the only 16-year-old in an adult choir. It took God’s favor for them to let me in at first. In fact, the initial plan was to stay at the back to learn and not minister till I turn 18. But things changed in a very miraculous way.

Before my attempt to join the adult choir, I had always loved to worship God in songs. It was so deep a desire. At age 9, I would stay awake at night to join worship sessions streamed all night by Christian TV stations. I would save up the lunch allowance my parents gave to school every day, to buy a Christian CD or Album. I would always fantasize about going to worship concerts. I loved and enjoyed worshiping God.

So one Saturday, while washing clothes and listening to worship music, I asked God for a favor. I asked him for a voice to sing in worship. Before then I couldn’t sing. Usually, I would focus on God and worship him from my heart while listening to worship songs. So I asked God for a voice to worship him with and to usher people in worship. I didn’t have any intention to go into music or join a choir. Worshiping in private seemed perfect for me. But I also wanted anyone who heard me worshiping to get drawn in supernaturally, to worship as well.

So after asking God for that favor, I continued washing my clothes believing that God had heard me.

A few months after, my parents started attending another church. The church was a beautiful Bible-believing church. But within the first month of attendance, I observed that their choristers were few. So I decided to ask the choir leader if I could join them. At first, he was skeptical because I was only 16. But then he turned to me and said, “Come to choir practice on Wednesday, and then we’ll talk more”

I was so excited about attending choir practice that I showed up thirty minutes earlier. He was quite impressed and so he asked me to lead worship while we waited for other choristers to show up. As I sang the power of God moved everywhere. And after about one hour, a good number of the choir members caught up in worship. They were worshiping God with their hearts. It felt like home to me to be in the midst of worshippers.

So after the worship was over the choir leader introduced me to the rest of the choir members. There were about fifty of them. And I wondered why I often saw only five to seven choristers every Sunday. And three during mid-week services. Well, soon I got to find out that they officiate by a roaster.

We went on to learn new songs and practice singing them well. By the end of the choir practice meeting, something uncomfortable happened. The choir leader announced that I would be ministering that week and taking lead roles. Immediately he mentioned that some of the choir members began to object to it while some were in favor of it. Some of them who objected to it said that I was too young while some said it was too early for me since I had only just started. But the choir leader stood his ground.

Having enemies in the choir wasn’t a good way to start for me. But I also didn’t want to disappoint the choir leader either. So I took up the opportunity with my heart fixed on God. I knew that many of them were watching out for me to flop so they could laugh at the choir leader. When I got home, I practiced the songs before the next service day. I sang them with my heart turned to God in worship. I did so as often as I could until the first Sunday when I would minister in the choir.

When the time came for the choir to minister I became a little nervous. The choir leader introduced the song and then handed the mic to me. With my heart to God in worship, I began to sing and of a sudden, I felt a warm and peaceful sensation from my right. I turned and saw a glorious being standing next to me on my right. I was startled. And as soon as I saw this, joy broke out on my inside. I began to sing and minister in a glorious realm. There were manifestations of the miraculous everywhere. The power of God filled the place so much. And by the time my ministration in songs ended, I could no longer see that glorious being again.

I longed for it to happen again. So when I got home I locked myself in my room and started to worship. But I was disappointed. All through the time of worship I never felt that glorious being as I did in church. After that, I thanked God for the supernatural help. I continued with my lifestyle of worshiping God every day as often as I can. In the next ministration, I was surprised to see that glorious being showing up again. And it kept showing up every time I ministered in the church. And there were always great manifestations of the power of God. The hearts of men were open to worship God so much that they didn’t mind time anymore.

2 years later, as I was ministering this glorious being, appeared next to me as usual. Then he moved to me, entered inside me and also clothed me. I considered it strange. And for the first time in 2 years, I decided to seek God on what this being actually is. So when I got home I began pray and ask questions about this glorious being. All the while I had assumed that it was an angel. But I got a lot confused because to my knowledge angels do not live inside or cloth a person. They stand around the person instead.

While Seeking God for understanding that day, I heard in my Spirit,

” The Holy Spirit is the host of eternal life on earth. The Holy Spirit gives life and hosts life. The characteristics of the life of God are life, flourishing, grace, fruitfulness, power, speed, progress, ease, etc.

Every time you minister, the Holy Spirit is that being who stands by you. And when he does, you get encapsulated in the glory of the Supreme life of God. The characteristics and fruits of your life are changed. You begin to function in a dimension that compels the results you get in this life, to align with the supernatural. Your voice gets Amplified and the hearts of men are open to you. There are manifestations of the Supernatural. Death gives way and you function in life and give life to others.

Henceforth, you would no longer see the Holy Spirit stand beside you. He is now within you and upon you. It’s no longer a momentary experience. It is now the experience of your life always. You live in and experience Eternal Life because you are now baptized with the Holy Spirit.

So, stir it up always. The Holy Spirit is within you and upon you in his fullness. But by praying in the HolyGhost ceaselessly you yield more to Him. You yield more to His manifestations, His directions, His evidence, His glory, power, counsel, etc in your life. You’ll hardly function in the flesh. And you’ll live so much in the supernatural that your life would be a wonder to you, many and many generations”

After that experience, I began to seek to pray in the Holy Spirit as much as I can. The more I did, my mind began to function excellently. I also noticed that the sound of my voice changes when I sing to something so melodious and supernatural. I walk in power and my experiences are always good and never evil. In summary, I live in the reality of heaven even right here on earth. My life is deep and glorious. Hallelujah.

If you have been baptized with the HolyGhost, you have received a new life that is way superior to what you have in the flesh, or in the natural world. Though this life is spiritual, it functions and superimposes on the natural. And it has great influence over nature as well. What you have inside of you is like a gold mine. Stir it up. Pray fervently in the Holy Ghost. Yield to him and you’ll bask in the life of the Eternal God. Hallelujah.