IT CAME TOO LATE

IT CAME TOO LATE 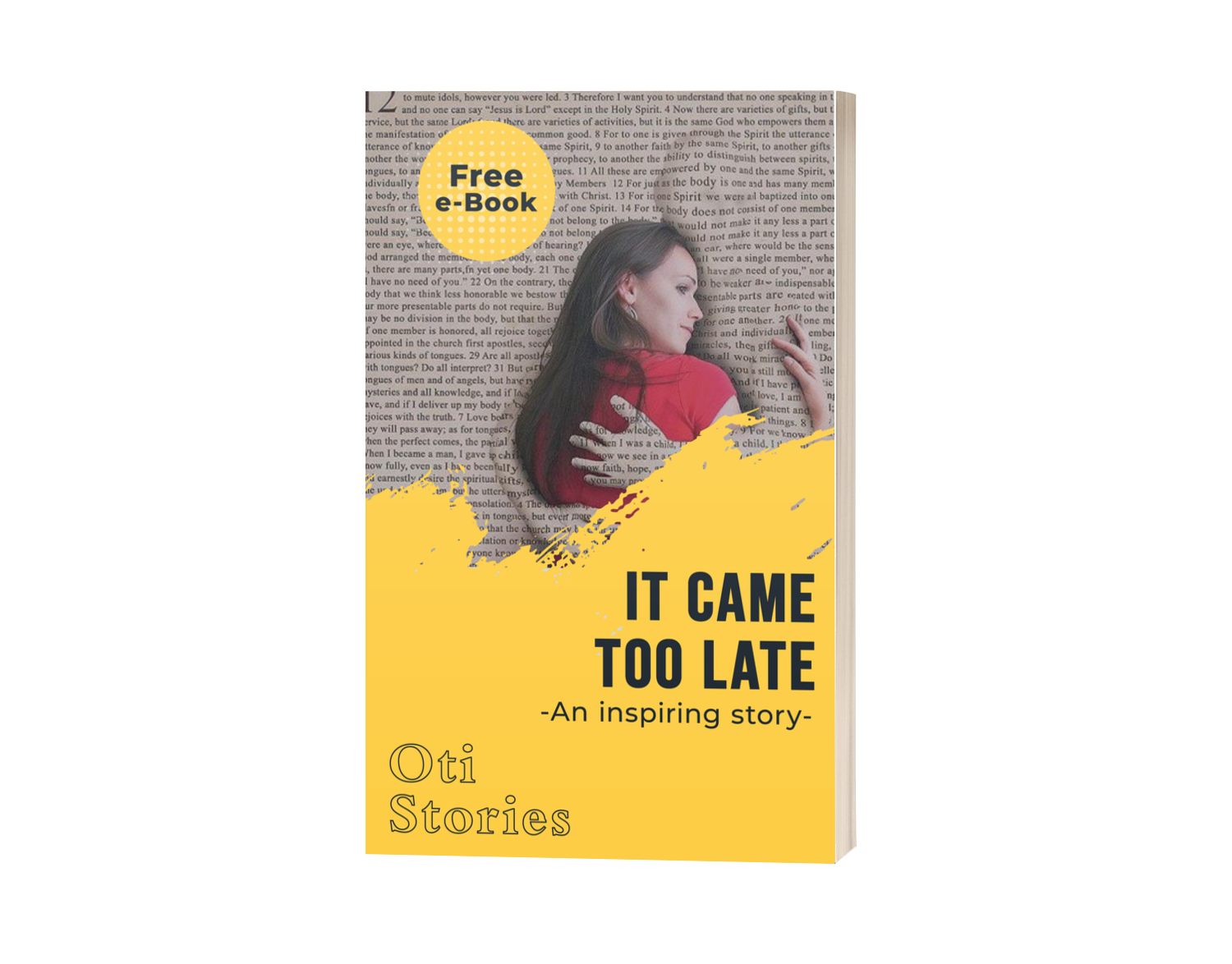 Would you like to experience permanent victory in all areas of your life? Then I suggest you read this life changing story now…

Immediately I got to that particular puddle of water, I felt something very unusual. It felt as though someone had poured cold water on me. It went straight from my head, through my spine down to my feet. This occurred just 2 weeks after I had made a decision to go to the park from the hours 5:30am to 7:30 am. There I did nothing but to walk around the park, reciting and speaking Rom 8:11 (And if the Spirit of him who raised Jesus from the dead is living in you, he who raised Christ from the dead will also give life to your mortal bodies because of his Spirit who lives in you.)

It all began a year before. I had started to fall ill very often. Well, I paid no attention to it because I knew I was a child of God and I knew my rights over sickness. I ignored the symptoms and pain, hoping that it would all stop on it’s own. Unfortunately, it grew worse.

My wife advised me severally to go to the hospital but I always refused. “Come on, I know my right over this sickness.” was my thought each time she brought up the issue of seeing a doctor.

But one day, that would be about 10 months later, I was in church with my wife for a church service. Suddenly, I began to feel strange. It made me act sluggish and made me look gloomy. My wife noticed it and then she bent towards me and whispered into my ears;

“Dear, you need to see a doctor as soon as possible!!!”

On hearing this, I replied her quietly; “No babe… I don’t”.

Then she screamed into my ears…. “Then do something about this!!!” .

When she made that statement, it sounded as though it re-echoed a thousand times to me. It penetrated deep into my spirit, soul and body. Immediately, there was an awakening to “Do Something” in me. I could see that just knowing my right in Christ is not enough and that there was a need to enforce it to make it come alive. So I made up my mind to enforce my right on divine healing. I was very much aware that I had been healed on the cross and that every other sickness that comes to me is a criminal and that it has no right to stay. But there, I realized that there was a need to enforce it.

That was how I started going to the park.

Each time I dwelt on that scripture by confessing it and praying in the HolySpirit I began to sense wholeness. I was determined to keep going to the park till I saw results. After about a week, I became perfectly healthy. But I still felt like continuing. So I decided to continue until the burden or impression to continue lifts off me.

Then that fateful morning, I felt that strange feeling. As I said earlier, it felt as though someone had poured cold water on me. Yes. It felt that way physically but within my spirit, the impression I had to continue enforcing my right on healing, lifted and I was immediately filled with joy.

I knew without being told that I had not only enforced divine healing. I had actually enforced the realm of divine health. I was never going to be sick again!!! Sickness would be unable to penetrate my body again. My body would always supernaturally stay healthy. I spent the rest of the time that morning, giving thanks and giving glory to God.

But something very surprising occurred that evening. A migraine started. It was so painful. I laughed at it but it persisted till the next day. I was tempted to wonder if divine health was something temporary and momentary or something permanent. And In the afternoon, I decided to speak to my wife about it. And glorryyyy….. the perfect understanding came.

After explaining everything to her, she got up and began to jump and shout for joy. Then she told me, I was in the realm of Divine Health already and that the migraine came too late. She said rather than doubting my miracle, I should pick up the migraine and throw it away.

The migraine lasted for about 5 days and after it was completely thrown away, I never fell sick again. I have never had even a runny nose since then.

After this experience, I began to apply this divine “IT CAME TOO LATE” mindset to different situations.

Yes, through your persistent praying, the door may have been closed completely to that challenge but, before it was closed something may have already passed through the formerly opened door. Now the door has been closed, this one that may have passed before it was closed and have not manifested itself yet may try to manifest. This is the one that makes you doubt your prayers and doubt your victory and then it makes you withdraw back into the thoughts of defeat instead of fixing your mind in your victory.

Only if you knew that when the door was closed, you ripped completely, the power of that affliction over you. All you need to do is say “THIS ONE CAME TOO LATE”. Then victoriously pick it up and throw it away. And it would be crushed even before you picked it up because, in the actual sense, at that point it no longer has any power over you and it has become just exactly like a mirage. It has lost its substance and has become unreal and powerless over you. THE END!