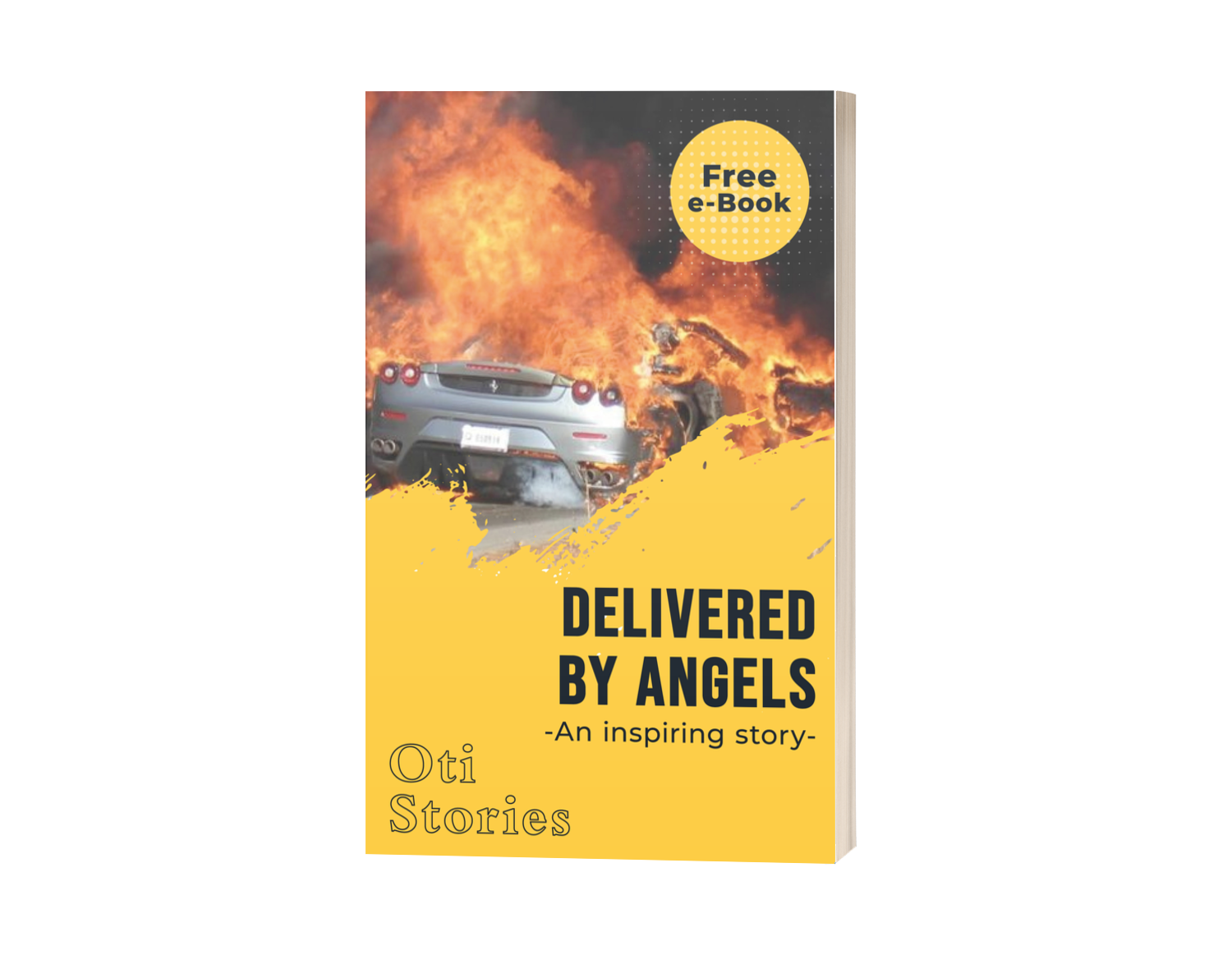 Have you ever believed God for something but ended up getting something negative and contrary to your expectations? This story would expose you to the reason why that happened and reveal to you the secret to ensuring it never happens again.

It was the first day of August, and of course a bright and sunny day as usual. I went to work like every other day, and I could tell without having to check the calendar that it was the first day of a new month. Right from the security post down to my office, everyone seemed to have chosen “Happy New Month Sir!” over the usual “Good morning sir”.

Unfortunately, there was nothing happy about that day to me. I had received a letter of transfer the previous day. And it was also brought to my notice that I had to resume at my new place of work by September 1st.

The thought of having to live separately from my kids and wife who is heavily pregnant, had made me feel quite uneasy about the transfer. I thought of moving them with me, but she told me that she was too heavy to embark on any strenuous journey, more so, having to deal with an interstate relocation.

That morning I had intended to do all I can concerning the transfer but I was told, that I had to first report at my new station and then apply for a transfer stating that, I need to be available for my pregnant wife and that going by the constitution of the company I would be transferred back in 15 days. That gave me some form of relief and I began to prepare for my journey to my new workstation.

My wife was very excited about the consideration and option of applying for a retransfer. I noticed that She began to smile again.  The transfer thing really got to her even though she kept pretending that she could handle it. Currently we have 2kids, Rihanna (3years old and Ladel (2 years old). I know how challenging it had been for her to look after herself, the kids and I as a pregnant woman. Over the years, pregnancy usually was a tough time for her because of the health challenges that she’s always faced with. But I try my best, despite my busy schedule, to always assist her the way I could.

A week went by, then two weeks, and then we began to count days to my departure. I had decided to leave on the 27th of August so I could settle down very well, before the 1st of September that I was expected to resume.

My bags were already packed and on that very day, my little daughter came to me by 5am and told me not to travel and that she saw that I died on the road in her dream. Well, my wife and I laughed it out and told her that the dream was only as a result of her unwillingness to let me go. But eventually we managed to convince her that it would not happen and then I began to prepare to hit the road.

My departure wasn’t really a sad one because of the assurance we had that I would return in a month’s time. I kissed them goodbye and as I was about to leave my little daughter ran to me again and said,

“Daddy, I can smell blood on you! Please can I pray for you before you go? My teacher at church always told me that God loves us and always answers our prayers”

To be sincere, I was quite upset and when my wife beckoned on me to let her pray, I told her that I had a 9 hours Journey and that I do not need to waste any more time, if I really do not want to arrive before nightfall.

So I turned to my daughter and told her that I understood how she felt and that I promised  I would get her something really nice when I return. I told her that we are God’s children and we have no business with death. I told her that the eternal life in us that we received the very day we got born again had swallowed up death and the grave in our lives. I assured her that God’s angels are encamped around me and that she would see that nothing would happen to me at all. Then I zoomed off.

The journey was a very smooth one until I got into a traffic jam six  hours into the journey. I guess it was as a result of a particular large porthole on the road. So, cars were actually moving but at a very slow pace. Then suddenly I began to perceive a very strange liquid and before I knew it I saw fire everywhere.

I tried to come out of my car but the doors were jammed. The fire had gotten to my car too. I tried all I could to force the door open but to no avail. So I decided to calm down. Thoughts of my family began to flood my mind and in a twinkle of an eye something strange happened.

I suddenly found myself sitting on the other side of the road with my entire luggage and valuables beside me. I could see my car on the opposite side of the road, burning to ashes alongside with a lot of cars that were also on the hold up. The smell of roasted meat filled the air. I also saw that a fuel tanker that was carrying fuel, had fallen and caught fire, as it tried to move over that very large porthole on the road.

I began to weep. I said to myself “so this is how it is to die?” I looked so much like my real self. I was wearing the same clothes and I could perceive the smell of my perfume. As I was still examining myself, a young man walked to me and said, “Sir, do you need any help?”

I was shocked. I didn’t expect to be seen by anyone since I was now a ghost. I asked him, “can you really see me or are you just one of me?”

He looked at me strangely and walked away like he had seen a mad man. After a while, I noticed a vibration inside my pocket. I looked to see what it was and discovered it was my phone. I tried to hold it to see if my hands would pass through it as I see in ghost movies, but surprisingly, it did not. Rather, my hands held the phone perfectly. I began to wonder what kind of Ghost I really was.

It was actually my wife who was calling. I decided to take the call to see if I’d be able to communicate with her.

Me: Hello, wifey can you hear me? Can you really hear my voice?

Wife: (as though she didn’t hear what I said, she went on without replying my question) Wow, honey…. I have been trying to reach you for over an hour now. It’s in the news that fire broke out on the same road to your destination. I have been worried about you. I have been praying so hard to God to help me make sure you were not part of the incident…… I am so worried,….. hello….. hellooo…helloooo…. are you there?

Me: Of course I’m here. I wish it wasn’t true. I really wish you could hear me, one more time. Well, it’s no use….

Wife: wowwww… you are alive!!!! Praise God!!! Where are you now! Have you gotten to the spot of the incident yet? Or have you passed it?

Me: Wait! Wait! You mean you heard me?

Wife: Yes… I did. I understand the network coverage can get quite low on the highways. It’s ok. I’m glad you are fine.

Me: Thank you Jesus… So I am not a Ghost. Indeed, God is a good father.

I narrated all that had happened to my wife. Not only did God save me from the fire, he saved my belongings even down to the money I had on me. I got up from the rock I was sitting on, and with the help of God I was able to get another vehicle whose owner was going my way. Though I got to my destination at night, I got there alive and well. The confessions of our lips are powerful. Remember that I had replied to my daughter saying,

“that the eternal life in us that we received the very day we got born again had swallowed up death and the grave in our lives. As a result, God’s angels are encamped around me” That was exactly what happened. The Angels of the Lord had gone forth to pull me out of my car. And not just me, my belongings and valuables. Glory to God

Few days later, I saw the news on a particular news blog and the funniest part was that my burnt car was the main focus of the news. “There were No survivors” the news read! Well, that’s not true and I know God must have saved many others who didn’t compromise their faith in God with negative confessions. Yes,  I was in a hurry. My daughter didn’t get the chance to pray with me. But at that instance what came through for me was an uncompromised faith with positive confessions. Keep speaking positively deliberately, indeliberately and even in discussions. Always ensure that your confessions are inline with God’s word for you. A time may come that you may be in a hurry to pray. But those positive confessions you have spoken ahead of time would have created a path of escape for you and restructured your experiences ahead of time.