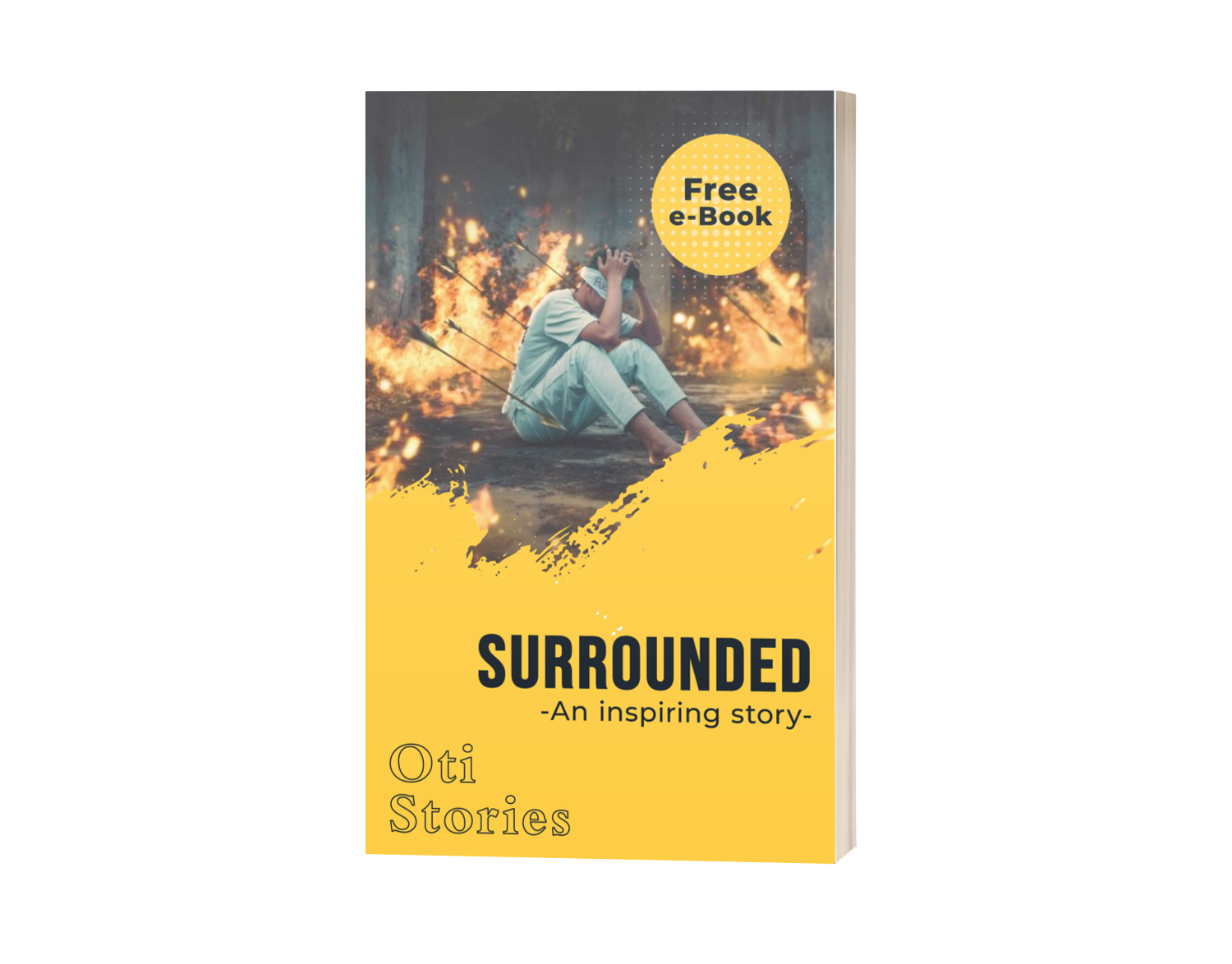 Does it feel like you are surrounded by challenges & negative situations? Are you at the point of giving up? I suggest that you read this story. You’d see how we fight battles without losing & without stress.

In the month of February, I had a series of challenges and attacks. I was very frustrated. I was falling sick very often. It was from one illness to the other. The doctors were so confused because all my test results showed that nothing was wrong with me. At night, I would hear different kinds of sounds in my room. It was terrible.

I am a christian. I pray in the Holy Spirit, I fast, I give, I make positive declarations. I did all these over and over again believing God would step into my situation.

In March , I began to dry up. I was getting dressed to go for a brief walk when I noticed that all my clothes were looking oversized. I sat down on my bed feeling very afraid because it dawned on me that I wasn’t just sick. I was dying. And the most frustrating part is that, the nature of this sickness was still a mystery.

It all began on the 28th of January. On my way back from the office, I started to feel pains around my chest. I assumed that it would subside once I get some rest. But it became more severe. Then it began to extend to my back. Then after about a week, I began to feel very sick.

After running some X-rays, tests and all, I was told that I was perfectly okay. But deep down I knew something was wrong. So I began to pray. I surrendered the entire situation to God in prayers. Then one day, it was impressed in my heart to start listening to messages on healing and confessing scriptures on healing. So, I downloaded some messages on healing & began to listen to them. I did that for a couple of days. You know, I expected the pains to subside & for me to get well. But I didn’t get better. The pains tripled six days after I started doing what God told me to do. I couldn’t even get out of bed. So I said to myself: “I’m going back to the hospital. Perhaps my faith isn’t strong enough for this situation. It’s not working.”

So I went back to the hospital and they placed me on a new set of drugs. Yeah, I got a little bit relieved. But then I was so fed up & frustrated. I couldn’t go to the office as much as I used to anymore or even do things that I used to do before. So I took out a seed and sowed it. Then I prayed to God and I believed that I am healed. I told God I had sown because I am sure I am healed.

And there it was. My faith suddenly became revived. I began to make declarations over my health everyday. I had so much faith on my inside. I knew that was it and that my healing was going to manifest.

But sadly, 2 weeks after, I still wasn’t completely well. Even though my faith was still up, there wasn’t really any change. I became even more discouraged when the symptoms of illness & the pains began to intensify.

At that point, I began to feel like giving up on God. I no longer felt like praying. Yet, I felt a push inside of me to start praising God for my healing. It felt like God had already healed me. I felt joy welling up inside of me and it kept pushing me to praise God.

But, because of my anger towards God and how discouraged I had become, I did all I could to ignore this push until, that very day I looked into the mirror to find out that I was drying up. Despite how discouraged I was, the push to praise God still remained. It was an uncontrollable joy. A sweet tingling feeling on the inside.

So out of frustration, I burst into tears. I told God to help me. I explained how horrible and frustrated I felt because my healing hadn’t manifested. So, I said to God , “I GIVE UP. I just want to look to you and lean on you. Please help me out of this. Please help me. Medicine has failed me. Please don’t fail me. I still hope in you Lord”

And like snap I had a vision. In that vision, I saw myself duplicated in two places.

I saw these duplicates of me in a battle. These duplicates were standing on their own and they were individually in battle & surrounded by thousands of enemies. The enemies were charging towards each of my duplicates. It was a very frightful sight .

Then all of a sudden, my attention was drawn to one of my duplicates. As I looked keenly to see how she’s going to defeat the forces against her, I saw her raise both hands to heaven. She was praising God and confessing healing scriptures & making declarations. Her trust was completely in God. She was full of joy. But then I noticed that she kept looking at & observing the enemies as they charged towards her. As she did this, I began to see a great force like a strong wind surrounding her. But I really don’t think she could see or feel this wind. It was only visible to the enemies I guess. So as the enemies came close, they were immediately blown away by this wind.

Her hands were still up when suddenly, something like an arrow cloven in fire was shot at her from the midst of the enemy. The moment she saw the arrow fired in her direction, she dropped her hands & bent down, in fear & panic. Then all of a sudden, I saw the strong wind that was twirling around her fade away immediately . This made it easy for the arrow to hit her and leave her badly injured.

Shortly after, I saw the second duplicate. She did exactly what the first duplicate had done. Her hands were also raised to heaven. She was also praising God and confessing healing scriptures & making declarations.

But there was something different. She never looked at the enemies. She was so focused on God & very much at peace as though she wasn’t in a battle. I could see that her trust was completely in God and that she was full of joy.

Then suddenly, I saw that same arrow cloven in fire, been shot at her. This time the arrow looked very fierce. And it moved in her direction with a loud sound, which was meant to distract her.

But to my surprise, she looked towards the arrow, laughed at it and looked up again with her hands lifted high. Guess what! The arrow didn’t even get to the strong wind that surrounded her at all. It just turned back, exploded and consumed all the enemies.

Then I heard a loud voice say to me :

By the time I regained consciousness. I knew what I had to do was take my eyes off what I can see and focus on what Jesus has done for me on the cross, giving Him thanks. There were days the pain increased but then I’d just laugh at it & hold on to God’s word concerning my healing for me. To be honest with you, I don’t even know when the symptoms eventually disappeared. I decided not to be conscious of it. All I know now is I have divine health at work in me & that I have no more pains because Christ has won the battle over sickness for me & healed me. I have healing on the inside of me hallelujah.