PULLING OUT THE GRADES

PULLING OUT THE GRADES 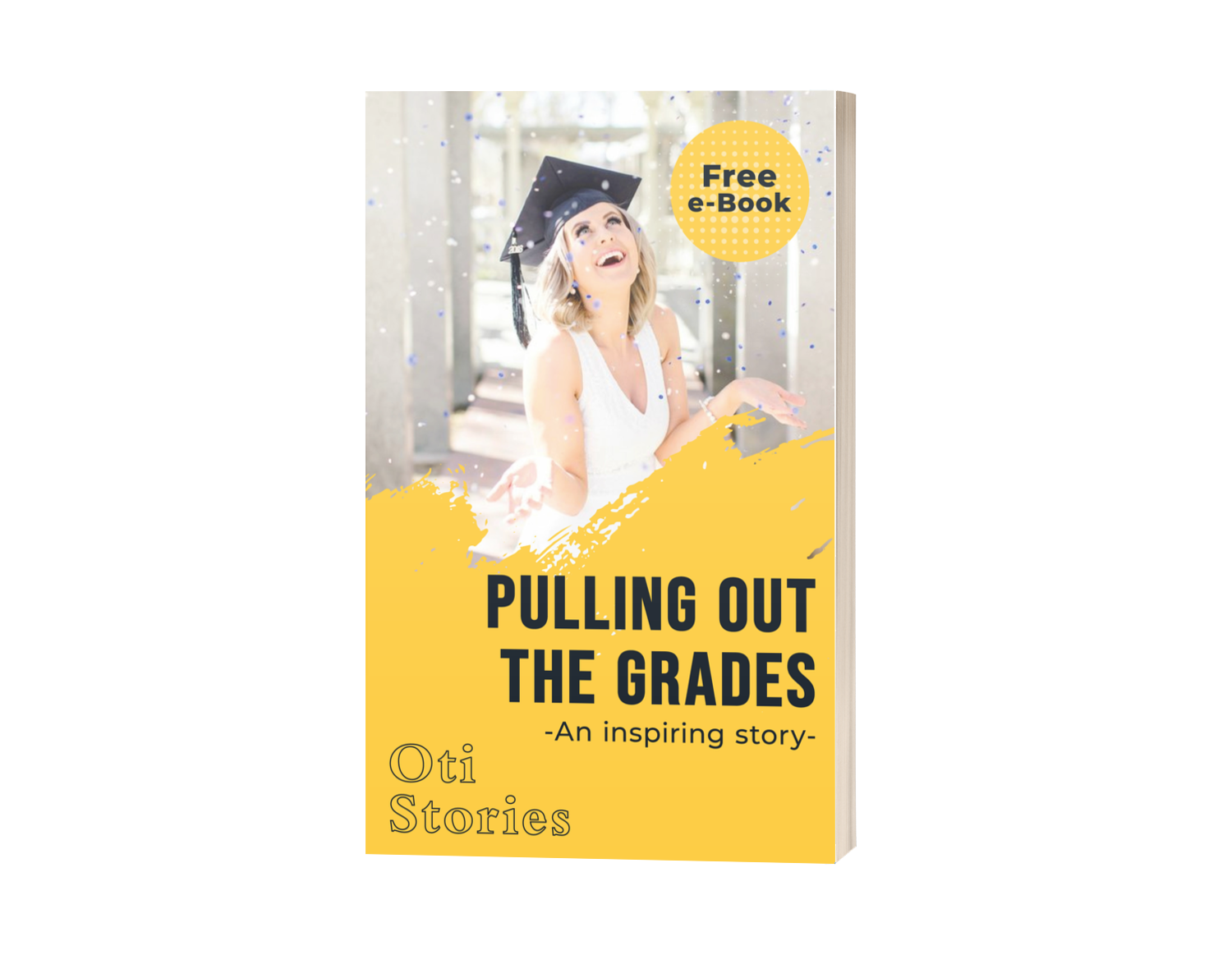 Hard work is good. But do you know, you can succeed with ease academically and also in life? Find out “How” as you read this life transforming story….

Few years ago my journey in the university began, after seeking admission for 5 years. I applied for an admission every single year, and took the necessary examinations every year. But even though I had always qualified for an admission, but my name just never appeared on the list of the admitted students until the year 2010. All the while I had applied for ”Physics Education” but surprisingly I was offered another course ”Chemistry Education”. Indeed, one would expect that I would be so excited on obtaining an admission but I wasn’t.

During my high school days, I was in the science class but I had a terrible issue. I hated anything that had to do with chemistry. I did fairly at Inorganic Chemistry but, I was really terrible at Organic Chemistry. I managed to get a “C” in chemistry but that was after my scores for Inorganic, Organic and practical Chemistry were put together. Chemistry is my worse nightmare, and the fact that I would have to compulsorily study Chemistry at the university, instead of the physics I had actually applied for, was like drinking vinegar for 4 years, for me. I just didn’t know what to do.

After discussing with a few persons, about how I felt concerning the course I was offered by the university, I was convinced to accept the long awaited and greatly desired admission. I was also told that, I could apply for a change of course after my first year. And that was it!

I accepted the admission, and the 4year journey began.

My first year was quite okay because, it was somehow a repetition of high school chemistry. I managed to give it all the efforts I could to pass it, as I looked forward to applying for a change of course at the end of the academic session. I was ready to study just any course rather than Chemistry. With chemistry, I was certain that I would either have several extra years or never just graduate. I was so bad at it. It made me cry anytime I studied it. No matter how hard I tried, I never just seem to understand it at all, and when it seems like I’m beginning to understand something in it I eventually find out that, all I thought I knew was just rubbish.

At the end of the year, I narrowly passed and was issued a warning  of been having to face probation, if I do not do better the following year. My performance was so much on the line.

“Come to think of it, I did that poor for the part of Chemistry that looked familiar to me, what then would become of me when I begin to face the unfamiliar ones in the following years?” … was my thought as I left the Dean’s office with the letter of warning. I didn’t hesitate at all. I didn’t even bother going home for recess. I began the process for a change of course immediately. I applied to every department in the sciences that I knew I could conveniently study.

I applied first to the faculty of Physics, and then to every other faculty that I could possibly fit into as a science student. Unfortunately for me, the response remained the same ….”We are already full and your performance in your current department is too poor for us to take you in” …they all responded.

At that point, I began to feel as though I made a terrible mistake in accepting the admission. I also felt as though everyone lied to me. They made it seem as though it is very very easy to switch courses. No body mentioned to me that I needed to be meet some requirements, neither did they also say that, the new department had the choice to either accept or reject me.

It was the very last week of the 3 months recess period, and I hadn’t still gone home. I was alone in my room as my roommates had all gone home.

That Monday evening, I decided to take a walk in other to clear my head of the worries and also to make a final decision. I walked through the school down to the sport complex where I finally sat to rest for a while. There I met a nice looking, tall and mesomorphic guy who had come to play basket ball. He walked up to me, greeted me and our conversation went this way…..

Nike: I…. hhhhmmmmm…. apologize sincerely for bashing into your alone time. But I couldn’t help it.????

Nike: Well, uuhmmm…. ????I won’t take much of your time. Like I said my name is Nike and I am a final year medical student.

…uuuhhhhmmm… I have coincidentally noticed you around, in the last 2 months. I met you in a few administration offices at some faculties. I over heard your conversations with the faculty secretaries on those occasions…. eemmmm … I am not trying to say that I am stalking you. The thing is, I have a little cousin in your level who is trying to get a change of course like you too. So, I happened to accompany her throughout the process. Well, she has finally switched over to another course but, what about you? You do not seem happy either. I was wondering if I could help you in some way, considering that I have been in this school for 6 years.

Nike: Is that the problem? Hahahahaha…. ????. I apologize, but I can help you dear. (Then he gave me a talk that saved me from my confusion..)

Well, I come from a home that believes that life is more serious and spiritual than it seems. We believe in Jesus and we have built our lives around the gospel that says that, we have been set free and empowered through the death and resurrection of Jesus Christ. My parents taught my siblings and I to study hard and work hard in every thing we do but, they also taught us not to rely on our natural strength and abilities ever in life. My dad would always say to us that the life of Christ (which is known as eternal life) that we have received through our believing in and accepting Jesus Christ has made the SUPERNATURAL available to us. I watched my parents switch to the supernatural on almost everything. When I was about 8 years old, I had a French examination to study for. I studied hard because I wasn’t really good at it and I didn’t also want to fail it because, it was made compulsory in my school for every student to get at least 60% in French before moving to the next class.

Lo and behold, by the time I sat for the exam the following day, I couldn’t remember the answers to any of the questions. That was the first time I was experiencing a brain fag (as I later got to know what it’s called). I stared at my question paper in dismay and then it occurred to me that in a situation where one couldn’t depend on the natural, my dad would immediately switch over to the SUPERNATURAL.

So, I began to switch over……

Nike: (….continued speaking) I began to do what my parents would do. I began to pray silently in the HolySpirit. While I was praying, a thought ran through my mind that I was wasting my time. But I shunned that thought because, whether I wasted my time praying in tongues or just sitting there I would still fail. So, I decided to try what I see my parents do with the mindset that, there was no time it had failed them.

Whenever you ask them how they did, they always say, ” I switched to the Supernatural where everything works”.

So, after praying for about 10mins I didn’t feel anything special. I didn’t feel any electricity. I still didn’t remember anything but something happened… My mind was filled with this very strong assurance (Faith) that God is with me and I cannot fail.

Then, I got a prompting within me to take up my pen and write. In fact, I just wrote whatever came to my mind that seemed like the answer. For the multiple choice questions, I chose the options that I felt strongly within me, was the answer without necessarily been sure that it was the right answer. At the back of mind I kept praying in the HolySpirit until I was done with attempting the questions.

When my report card came, I got a 100% in French. At first, my dad couldn’t believe it because he knew how bad I was in French. After I had explained all that had happened, He was very pleased at my switching over to the Supernatural. We later found out that 80% of the students had failed French because the teacher had set questions from an area that she didn’t actually teach us. But that didn’t matter to me anymore.

I have constantly done this even in my oral examinations here in the university. Sometimes, I get so unconscious of what I am saying to the the examiner until the oral exam session is over and then I’d find out that I scored very high. That doesn’t mean that I don’t study. Sometimes, I just get to know where and where to read. You can apply it on anything you desire and everything would work for you, that includes, when performing a surgery, fixing a car, etc and even in this Chemistry you have to study.

(After narrating his story, He prayed with me and left )

To cut the story short, I applied the supernatural when I went to class and I began to understand greatly. I also applied it when I studied and when I took my exams. And with the Supernatural I successfully pulled out the grades I needed to graduate. I graduated with a first class and it didn’t stop there. I own my company and with the supernatural, I am a millionaire in dollars in just 6 years after graduating from the university.