MY PATIENCE IN FAITH

MY PATIENCE IN FAITH 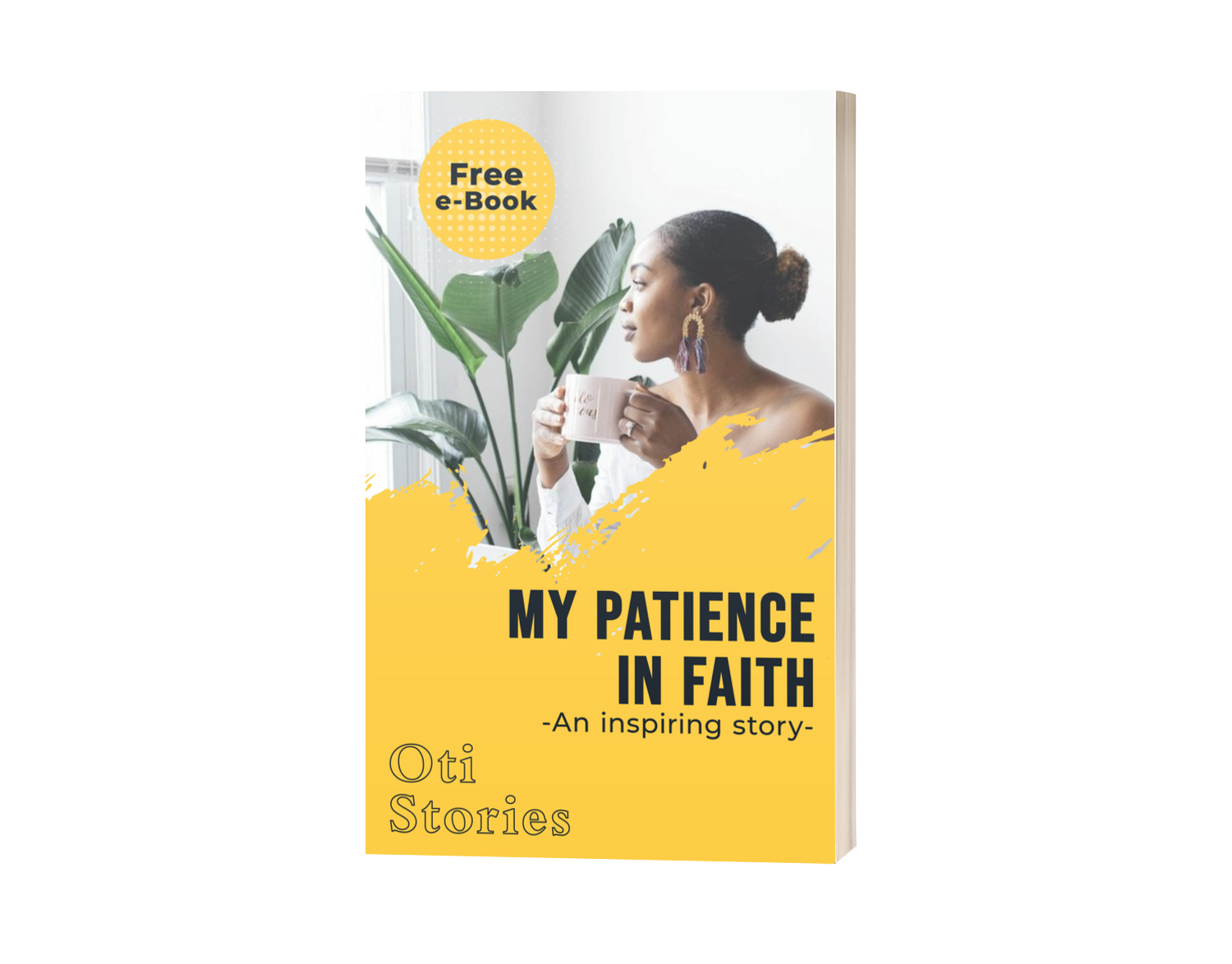 “If God is not slow to fulfil His promise, so why have I waited for this long?” If you are already getting discouraged because it feels like your miracle is taking too long to manifest, then you probably might be making the same mistake that I made. You may really need to listen to or read this story.

I had just moved into a new apartment. I was trying to get things in place in order to fully settle down. So while I was painting the wall of my kitchen, I noticed that I had skipped a spot. So I decided to fix it. But instead of taking precaution by getting off the ladder, moving the ladder to the exact spot and climbing up to the spot that I had skipped. Here’s what I did.

I carelessly remained on the ladder and carelessly stretched my arm to reach the spot that I missed. Guess what. I lost balance and fell from the ladder. It was a fatal fall that resulted in multiple fractures on the second vertebra within my neck. As a result of the fracture, I was in severe pains  and couldn’t move my neck. I can remember been told that I was going to live with the pain and would never be able to move my neck  again, for the rest of my life.

I regretted my careless behavior a million times over. I couldn’t bear to endure that situation all my life. So I began to hope in God for a miracle.

I gathered messages on faith. I began to listen to them everyday and speak healing. But, I gradually began to get discouraged when I started to observe that there had been no change after eight weeks. I thought to myself that if God was truly going to heal me, then He should have done so already. Because I was getting really discouraged, I became inconsistent with faith.I slowly began to give up.

One afternoon, while going through some YouTube videos to lighten my mood a little bit, I stumbled over a short video.

At that moment, I said to myself, “God is not going to fill her with the HolySpirit. That is the reason why she hasn’t received the infilling of the Holy Spirit yet.”

Within me, I expected the young street evangelist to give God thanks and bid them goodbye. But to my surprise, he didn’t. He remained calm, peaceful, and confident. He kept praying and speaking over this little girl.

After a while, he got tired of standing. Then he got tired of kneeling and eventually sat on the floor. To my surprise, his hands were still on the little girl all through. He was consistently unwavered, so calm, very peaceful and confident.

From his determination, one would think that he had been shown a vision that the little girl would be filled with the Holy Spirit that day. He was really confident.

On my end, I had already gotten tired of watching him. I knew I wouldn’t have waited as long as he did. I couldn’t even wait till the end of the video but out of curiosity, I kept  on watching. Then all of a sudden, this little girl began to speak in tongues. I was perplexed.

I said aloud, “Does this mean that God is always willing? If this young evangelist had given up because of the discouraging delay, then this wouldn’t have happened.”

2 Peter 3:9a came to my mind. It says, “The Lord is not slow about His promise, as some count slowness, but is patient toward you, not wishing for any to perish…….”

At that point, I understood that I didn’t consistently and persistently wait enough in faith. So I asked God for mercy and then bounced back to waiting on God for my healing. I started proclaiming, praying, speaking, declaring and sowing again. This time, I was determined to fix my eyes on the fact that God never disappoints nor fails. I fixed my eyes on the end product and stayed committed to the process.

After another eight months, I went for my monthly routine check as usual. There, the doctor had to make me go for x-ray for four different times before eventually informing me that they found a baby vertebra had replaced the fractured vertebrae. He told me that it seemed to be developing and growing into a mature one. He also expressed that he had never seen this kind of occurrence as it was strange and could only be a miracle.

For some others, they could receive their miracles manifest instantly or even get a brand new matured vertebrae.

But, in some other cases they may need to wait longer or even get a brand new baby vertebrae.

Whichever way your miracle manifests, always be rest assured that God does not fail. He is always willing. Your miracle is bound to manifest. Just be patient! And while you are patient be confident, persistent and consistent in FAITH, giving glory to God.