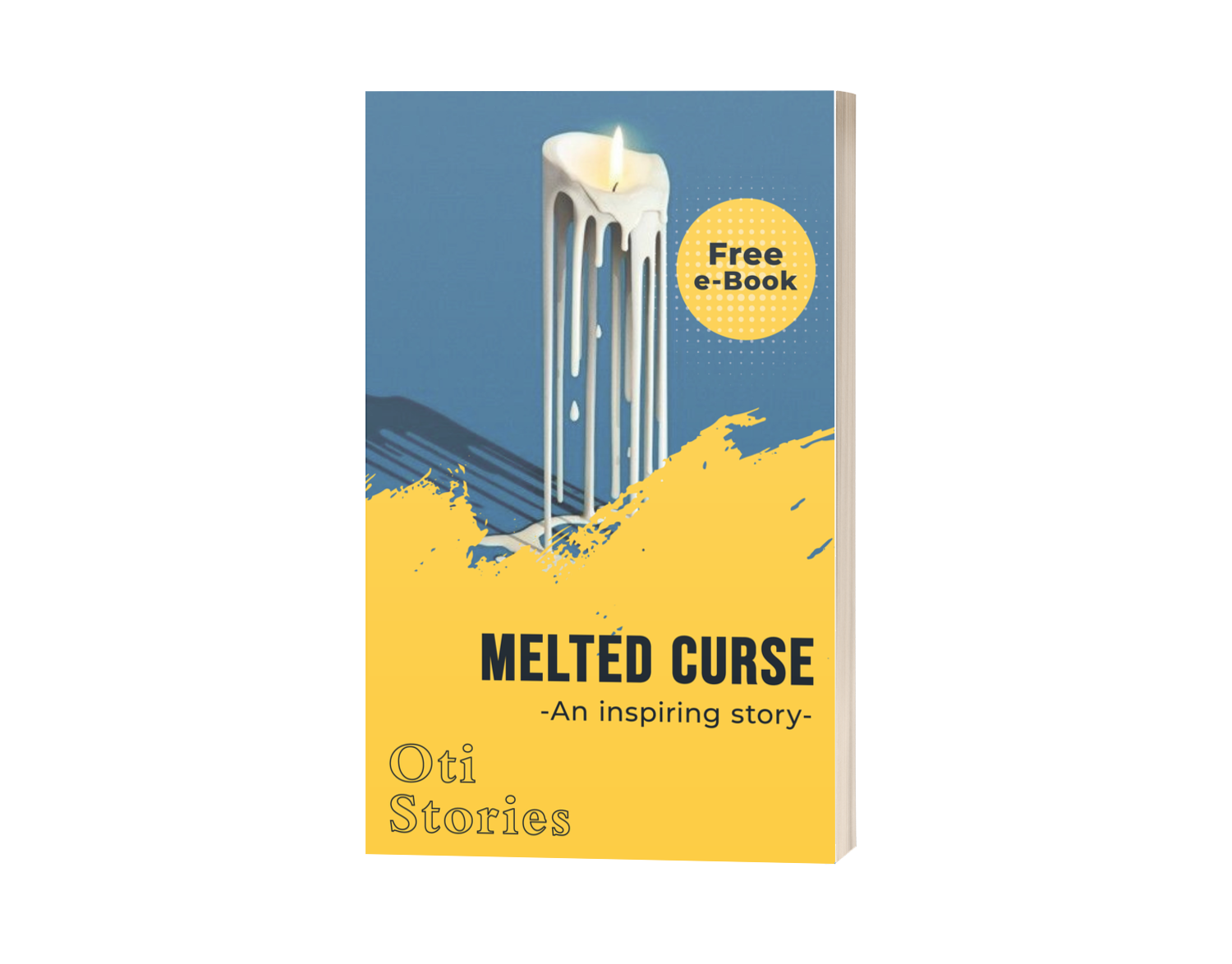 From this story you’d find out what can be done in an instance where the person who may have placed a curse on someone is already dead?
You’d also find out how careless talks and deliberate or mindful speaking can have the same effect on ones life.
Walk in your freedom from curses as read this highly insightful story.

During my university days, I noticed that I began to develop an unusual passion and interest for cooking. This propelled me to take cooking lessons during weekends. In less than a year, I was done and had totally mastered the art of cooking.
People knew me as a great cook. My food was greatly loved by all and very much desired. During that time, I only cooked for fun and not for money. I had no intention to commercialize my skill. I was only driven by passion and an unusual sudden love for cooking.

Three years after I graduated from the university, I met my fiance. He also got very thrilled with my cooking. Sometimes, He would make cook a special meal for him and in such occasions he was fond of inviting some of his friends over, so he could brag about me.

Surprisingly, everything changed immediately we got married. The great chef and professional cook turned into a very terrible cook. In fact, I was like a wife who couldn’t cook. It was so terrible that, I couldn’t even eat a food that had been cooked by me. And this affected my marriage greatly.

Initially, my husband kept very quiet about it. He didn’t hurt me, neither did he scold me. Rather, he would most times quietly patronize a nearby restaurant.
But this did not last for long. After a year, he finally spoke out. He said to me:
“Baby, my major intention for making you my wife wasn’t because you were a good cook then. It was because I loved you and I still do. I am not bothered about
any of your inadequacies but I have come to realise that good food is very essential in a home. I do o know what the issue is as to why your cooking as changed
but I would appreciate it if you could find a solution to this “Cooking Mess”.”

My heart shattered in two, on hearing this. I knew exactly what he meant. And even though he sounded calm and polite, it was very obvious that he was very unhappy
and dissatisfied with me.
Before then, I had tried all I could to fix my cooking. I even began to began to follow the recipes on the notes from the cooking classes I had taken years ago, yet there
was no single improvement. This made me realize that something wasn’t just right. So, I began to pray about it.
Six weeks later, I finally got to know what the problem really was.

As I was silently praying in the Holy Spirit while doing the laundry that Saturday morning, I had vision. It appeared like a flash. In that vision, I saw my mother speaking with anger. She was saying: “YOU MUST REAP IT, AS LONG AS I AM YOUR MOTHER”. I saw like three different occasions where she made this declaration. I paused my Laundry and began to meditate on what I had seen.I was surprised at what I had seen.

Then suddenly, began to remember that while growing up, I was the very lazy type. I never liked doing house chores neither did I really enjoy helping out at the kitchen.
I usually preferred reading my books and watching TV (rarely). I was a brainy teenager. I loved to study my books always and this made me excel greatly at school.

Even though my parents were very proud of me because of my commitment to my studies, my mother was very upset at me and was constantly complaining about my lazy attitude towards
house keeping and cooking. From an harmless concern about my lack of interest in cooking, it graduate into a toxic anger and expression of frustration because of my refusal to adjust.
My academic success was no longer valued as every member of the family became more concerned about the kind of woman I’d become. I was often told that “Book isn’t everything in life”.
Little did they know that things were going to fall into place later on. My mother would always yell at me and when ever she felt frustrated by it she began to say things like:
“One day you will definitely marry. As you have never liked to render help to me in the kitchen so your children would never render help to you” “As long as I am your mother, in your
marriage you must have a reason to look back at this time in regretfully.” “When your husband chases you from the house, the shame would be all yours.” etc…

None of us really took her statements seriously because we felt that there were only uttered out of anger. We knew her to be fond of saying negative things and making negative decrees
whenever she was angry with either me or any of my siblings. She was a very nice and caring mother but whenever she was upset with us, she always made statements like:
“You must reap it!”, “You must regret it!”, “It must be done back to you”, “Your children must do same to you.”

As the last child of the family, I have observed strange occurrences and happenings in the marriages and homes of my elder sisters. These occurrences have been a great concern to our mother.
All these years, she has been fasting and praying seriously for God’s intervention. Little did she know that she had caused it all through her constant negative proclamations over us.

The next day been Sunday, I went to church. That Sunday God spoke to me through the message. The message was on THE BLESSING. It was explained that everyone in Christ Jesus has been translated from the realm of THE CURSE (darkness) to the realm of THE BLESSING (light). It was further explained that some Christians still experience curses operate in their lives as a result of ignorance.
The Pastor went on to say that:
“The Blessing of God maketh rich and adds no sorrow. The blessing is so powerful that every curse melts away once it comes upon and is activated on someone. Be it curses
from, oneself, parents, elders, spiritual leaders etc even though you were at fault at the time the curse was made. The Blessing of God overrides the words of men.The Blessing
is upon every Child of God. But, it begins to bear fruits in ones life when he comes to realize that it is on him, when he begins to confess that it is on him and begins
to rejoice and give thanks to God that it is on him, despite the current uncomfortable situation or state that he is in.”

“Another thing that hinders THE BLESSING is Condemnation. When a child of God refuses to believe and walk in the Light that his sins have been forgiven…. When he refuses to receive
the forgiveness of Jesus… When he always sees himself as a sinner and not as a Son of God. The Blessing operates with righteousness & heritage consciousness, while the curse operates with condemnation.”

He said conclusively that:
“when we constantly believe our sins are forgiven, the feeling of condemnation and unworthiness breaks off and We’d begin to rest on our Son-ship with the Father.
In a nut shell, every curse melts at the consciousness of who we are.
Say Out Loud: My sins are Forgiven in the Name of Jesus!!! (but before you do that, I want you to know that by saying that, you are also speaking to every curse at work in your life illegally, and
as a result of ignorance. You are also saying that you accept the forgiveness of Jesus made available to you through His sacrifice and that yo are now conscious of the fact that you are Free. On this ground, the right that any curse has to operate in your life collapses and every curse automatically melts away.”

That marked the end of the embarrassing cooking experiences instantly.

The following weekend, I decided to pay my mother a visit. After I was done explaining things to her, she broke down in tears. She told me that it was never her intention to curse her children and that her actions were influenced by the way she was brought up. She said that in the environment where she was brought up, parents were fond of using such words on their children when ever they are provoked by their kids.
She also said siblings also used such confessions on each other whenever they got into a fight. As a result of this, using such confessions had become part of her.

She was quiet for a while after which she exclaimed: “So this is the reason for the unusual difficulties and struggles I have experienced in life. So CARELESS TALKS could be this dangerous? But I have been praying for my children. Why didn’t the curses, as a result of my careless talks, go away?”

MY REPLY:When you pray, you generate power to cause your seeds to germinate and grow. Your seeds are your words, your jokes, your careless talks, the words from the songs you sing, your idle words etc… In fact, seeds are every word spoken from your mouth. One cannot be praying for a thing and afterwards say negative words concerning that thing and then expect to receive it. This is because your words are as powerful and as important as your prayers. They work hand in hand.

My mother changed her confessions afterwards. She continue praying as usual but in addition to it she consciously began to make positive confessions concerning us. In less than a year, every negative occurrences that my elder sisters had been experiencing suddenly stopped. One of then gave birth after 10 years of barrenness, the marriage of the other one got restored etc.

Well, you might ask “what if the person who placed the curse is already dead. What do I do? “. All you need do is to constantly do what I did until you begin to see changes. I got MY FREEDOM from every curse even before I spoke to my mother about it. YOUR SINS ARE FORGIVEN IN THE NAME OF JESUS.