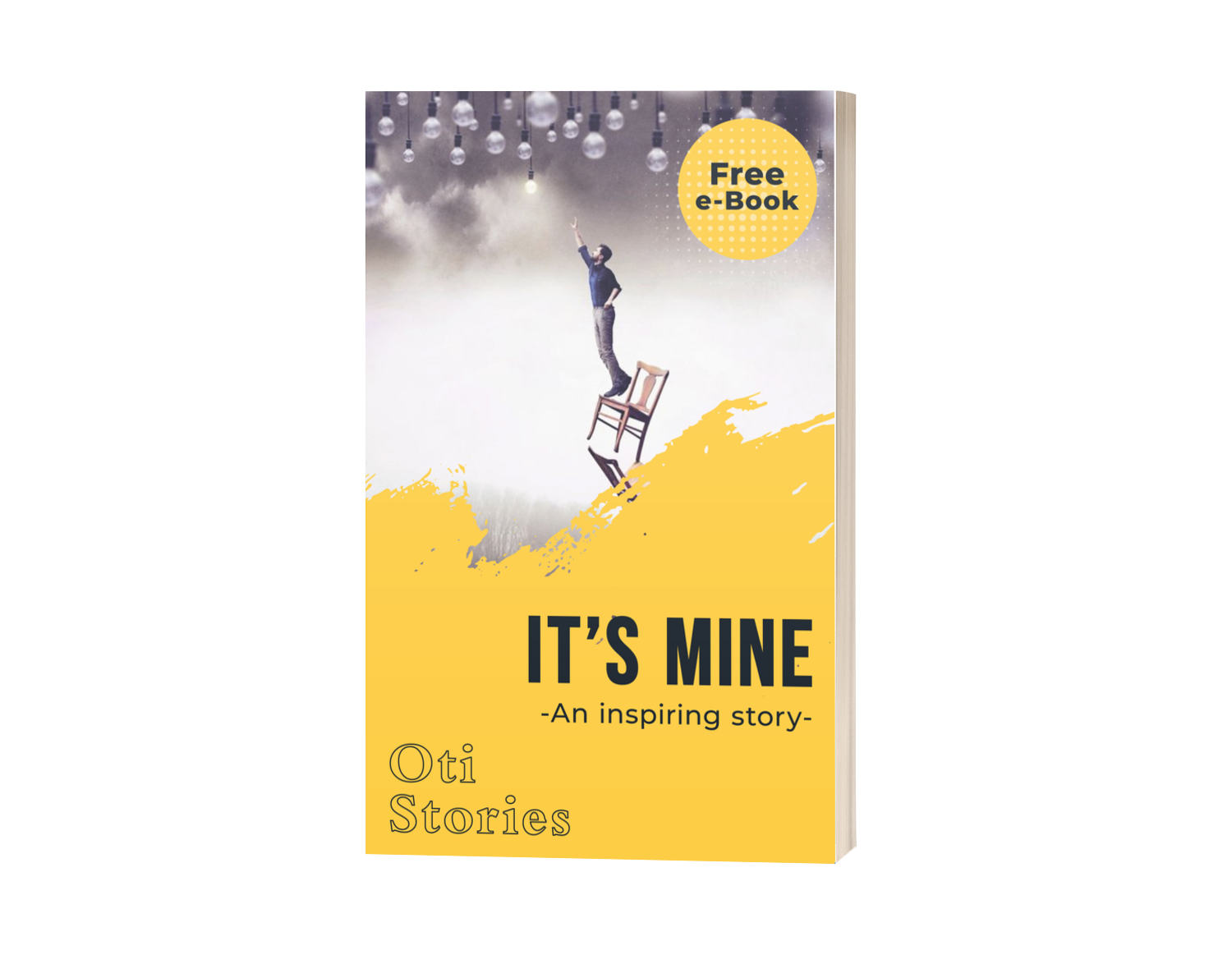 IT’S MINE – a short inspiring story

“You are set on the path of permanent success and prosperity. You do not know when the heat comes, for you are fashioned to flourish like the cedar in Lebanon. Enjoy this inspiring story on the blessing and be spurred to flourish even more”

There lived a king who was very rich. His wealth was a great mystery and no one could understand it either. Everything worked for him. He was the greatest at that time.

He had so many servants and had everything done whenever and however he wanted it.

When he was about to die, he called his only son, who happened to be his only child. He touched the head of his son and said “I transfer what I have to you. Do this to all your children and make sure it passes down from generation to generation”.

After the king died, a war broke out which caused the entire kingdom to go into slavery. Fortunately for the Late King’s son, he was able to escape captivity. One of the armies who were assigned to watch over him told him that there was something upon him that made him (the army) feel like setting him (the prince) free.

He said he had a dream the night before the war broke out and saw that there was a very big and tall person, dressed in white and holding a golden sword beside him (the prince). He also said that he saw this big person killing anything or anyone that tried to harm him (the prince). Then coincidentally, that morning he was ordered by their commandant to take charge of capturing the prince. He also went on to tell the prince that, the moment they had the prince captured, he kept having flashbacks to the dream and that he’d rather lose his job than to be killed. As a result of that dream, he knew that it’s either he sets the prince free and loses his job or the invisible big person who guards the prince would have him killed for the prince to be freed. So, he helped the prince escape.

The prince ran very far and found himself in a desert looking place. No food, no water, no family, just him alone.

He went on like that for two days. He was so hungry and weak that he began to wish he never escaped. At least he was given food in the prison. Though it was tasteless, it seemed far better than his present condition in the desert.

One particular evening, he had a dream where he saw his late father; the king, in a place that looked worse than a desert. In fact, there was no air in that place. But his father remained calm and with the very last breath he had, he screamed…. “I have all the things that I need…..” . Immediately, the environment began to change and the atmosphere changed. And in no time, the entire place began to turn into a paradise as he stretched forth his hands and spoke some words. It was at this point the prince woke up.

So he got up with the little strength he had left. Knowing now that he was far better in the desert than in the captivity of his enemy, he spoke aloud, “I have all that I need!”. As he began to look around to see if anything spectacular had happened, his eyes caught a glimpse of a nearby village. He actually hadn’t looked in that direction, during the 2 days he had spent on that spot.

It was as if some strength suddenly came inside of him. And he began to move towards the village. When he got to the village, he met a villager who showed him sincere and genuine hospitality. This person took him into his home, and gave him a small piece of land to farm. And in just two years he was so successful. His farm produce was the best and most sought after by the villagers and residents of neighboring villages.

In just two years, he moved into his own house, acquired more expanse of land, employed servants and got married to the daughter of the man who had taken him in. He fell sick and when he was about to die he called his most loyal servant and placed him in charge of everything he had because his wife did not conceive.

He told the servant the story behind his success and what his father had passed to him. And then he said aloud “I transfer what I have to you. Do this to all your children and make sure it passes down from generation to generation” and then he died”.

This servant was so happy. He claimed it and did 8times better than the late prince and master.

But something happened. 10 years later, a boy of about 12 years old strolled into the house of the late prince.

When this servant saw him, He asked him who he was. Then he replied “my mother said this is my house”.

The servant looked at the woman standing by the boy with surprise. And then she spoke out saying “do you remember me? Two years before your master died he sent you to me. Can you remember the concubine he sent you to pay off? I am the one. I was pregnant but because I had already been paid off I decided to keep the baby all by myself. Well, here he is”

The servant became very angry and jealous. And so he sent them away. But they didn’t give up. They kept coming around until one day, a servant to the new master who also served under the late prince called the boy and his mother outside and told them to stop coming. He said that the day the late prince died, he was very present and heard all that he told the cruel and greedy new master. He said the late prince wouldn’t have transferred the blessing to the current new master, only if he knew he had a son. S he told them everything that he had witnessed when the prince was about to die.

They were greatly disappointed on hearing that the blessing had been passed on to a servant who had actually claimed complete ownership of everything.

That night the 12 year old boy wept. He felt more rejected and fatherless than he felt before.

The worst part was that his mother was very sick and at that time they had spent all they had, to no avail. Two years later his mom died and he was out in the field all alone. He had not eaten for days. There was no shelter and no one to run to. Then, on one particular night, he had a dream.

He kept pondering on it. After a while, it suddenly occurred to him that his father had used the word “you” and didn’t call out the name of the servant when transferring the blessing. In other words, the blessing had gone to the heir whether present or absent and that the servant only succeeds in his endeavors just because he believes he has received the blessing. The blessing wasn’t actually transferred to him.

So from that day the 14 year old boy told himself that he has the blessing and he began to speak, “I have everything I need”. And his life changed. He was so successful. His success exceeded that of the cruel servant who had seized his father’s property and seemingly succeeded in his endeavors just by believing that the blessing had been transferred to him. Three years later, he became so rich and powerful that the cruel servant began to work for him.

This is the power of “Son-ship”. This is what it means to be co-heirs with Christ Jesus. That blessing of the Lord that maketh rich and adds no sorrow is on you and you’d see it manifest once you see yourself as a son/ daughter of God, believe you have the Blessing and speak the blessing on your life and endeavors. THE END!!!