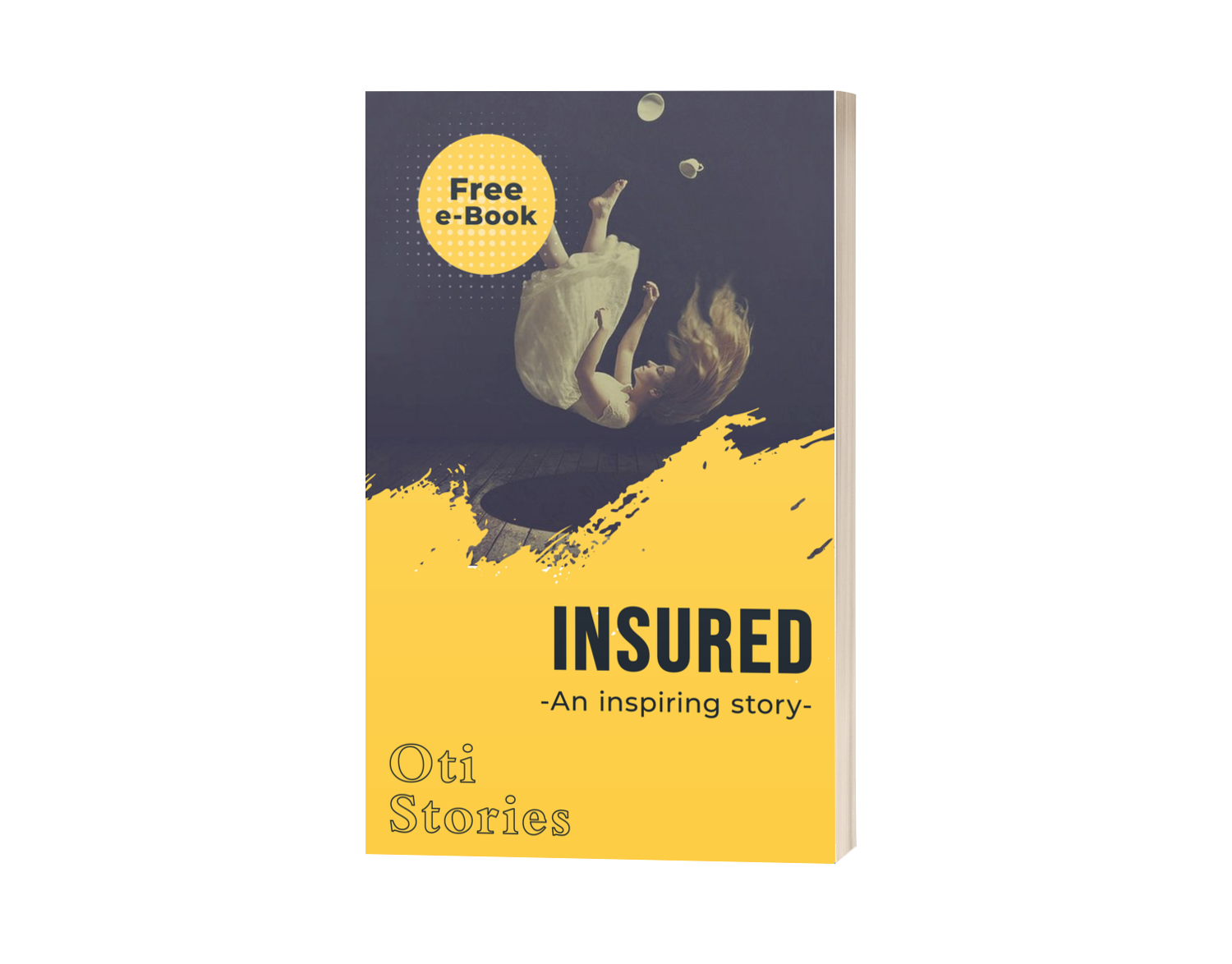 The presence of the Spirit of God in your life ushers you into a life of unending blessings as you enjoy this short inspiring story.

I remember the day I gave my life to Christ. That was the very first day I attended church in my entire life. I was cajoled by my sister’s friend to join them to church that Sunday. Being that I had a bit of interest in her, I had no choice but to join them. In my heart, I felt it was only a two hours affair, so I planned to engross myself in my smartphone.

The service started right about the time we arrived. Well, after seeing how beautiful and gorgeous the girls at the church were, I totally forgot about Facebook, for the meantime. I decided to focus on feeding my eyes with the beautiful ladies that were just everywhere. “C’mon, church girls even look so much better than club girls” …. I kept exclaiming to myself.

Well, my staring at the church ladies managed to keep me off my phone till the message began.

Immediately the pastor mounted the altar, I sighed. I had the notion that preaching time is a time to sleep. But, this one was different from what I expected. The pastor didn’t preach that everyone was going to Hell, he didn’t condemn any action, he didn’t speak badly about any denomination etc unlike the pastors I see on TV. Rather, he talked about the GOOD NEWS. For the first time in my entire life, the GOOD NEWS sounded a lot like Good News to me.

You know, I wasn’t raised in a family devoted to Church or Christianity. We were never really taken to church but, during my university days, a lot of people came preaching the Good News to me. But, I just couldn’t understand how; – the world was going to end anytime soon, and that a lot of unrepentant people were going to end up in Hell (including some Christians), because of a tiny sin in their lives, and that only a few would be allowed into heaven,- was in any way a GOOD NEWS. It sounded so much like Bad News to me. On one occasion, I asked one of the evangelists who came to evangelize to me if he was going to be among the few, who would be allowed into heaven and he said, “Even me, I don’t know. On the last day I’d know”.

That really pissed me off. I chased that guy from my room immediately and henceforth, stopped listening to Christians and anything they had to say. I felt there was no use if those who know Christ are not even guaranteed heaven. “Why not enjoy yourself and boldly go to Hell??” …was my personal resolve.

Another thing I observed was that of my roommates’ reactions. Whenever they are told the same Good News from those evangelists, they’d both begin to act weird and scared. They’d become very sober and would resume going to church. But after about a month, they’d reset back to the way they were. I don’t know, but I usually assumed that they eventually got tired of waiting for the end to come… (lolsss)

To my amazement, this pastor said something that I had never heard. He gave a detailed explanation of what man was like, before he heeded to Satan and fell. Then he listed all the consequences and negative effects that this fall had on man and all creation, as a result of the exchange of authority that man did with the devil. He started with the negative effects on women, and then the negative effects on men. As he listed them one after the other, I felt as though he was listing all my life problems right there on the altar. Initially, I used to feel that I wasn’t just good enough for life or perhaps born with bad luck but, there I could clearly see the cause of my problems. That gave me a bit of relief. By the time he was done with the list, I felt like looking for Satan to collect my own authority and power from him so that I could be free. “Perhaps I May be able to fight for that of my sister and my girlfriend too” I said to myself with full agitation.

As I was still agitating to find Satan the devil, the pastor suddenly said “HERE IS THE GOOD NEWS”

On hearing that, I shifted right to the edge of my seat. I was sweating profusely despite the Air Conditioners being put on.

“Jesus Christ has fought the fight and won back all that we had lost. He didn’t only win them back, He gave it all back to us and has also glorified us. We are now even in a greater state than Adam was in the beginning. He has freed all humanity.

But, only those who believe in Him and accept His perfectly finished work of victory, will live in it. Otherwise, the devil would keep dominating that person. This is the master key to actively leave the Devil’s cage of slavery. The devil cannot question that because it is a done deal.”

I was so excited that I jumped off my chair screaming “Wowwwww.! This is GoodNews”. I didn’t even mind the large crowd nor did I mind the babes I had been eyeing. It was just so great knowing the perfect solution to one’s problems in life.

“Once you come into the body of Christ, you come into a covenant with God sealed with the blood that Jesus spilled on the cross. In this covenant, God has sworn to bless you, shield you, help you, abide in you, elevate you, be partial in favor of you etc. It’s all written in the Bible, which is God’s love book to mankind. But you have a part to play in this covenant which is to “ believe that He is able to fulfill His part”

“We praise God for our freedom and for the unfolding of the benefits of His freedom in our lives. We give offerings and seeds etc because we are grateful that God is mindful of us. We see a loving Father in Him.

All the benefits of this Freedom are downloaded into every one that accepts Christ. That download is the Holy Spirit. He is a personality, embodied with all that power and authority. As you pray constantly in the Holy Spirit, the temperature of your life changes to that of one who’s more than a conqueror.”

I didn’t want to listen any further. I just wanted to accept Jesus. I was totally satisfied and fully convinced. “So God is this good?” I said to myself.

So, I ran to the pastor who was still standing at the altar. When I got to the altar, I was amazed to see a lot of people standing there too. It made me wonder if the entire church wasn’t saved. The crowd was huge. As we stood there, the pastor concluded his message by saying:

“John 3:16 says…. for God so loved the world, that He gave His Son so that whoever believes in Him will not perish but have eternal life.

I had known that verse before then, but when he recited it my eyes opened to see that my eternity is insured in Jesus also. All I needed to do is believe in Jesus.

Well, I accepted Christ that day and I could say for sure that my life changed. Freedom in Christ tastes a lot better. I began to pray a lot in the Holy Spirit and listen to more recorded messages from that pastor. I didn’t make any effort to stop sin so that I’ll go to heaven. Rather, the appetite to even do things that I never felt were wrong just began to die off me. The more I prayed in the HolySpirit, the more my former nature began to change.

All I did was surrender to the Lordship of Jesus Christ, the one who purchased my freedom, pray constantly in the HolySpirit and constantly declare to myself that,

“ I am now in Christ, therefore old things and characteristics of my former slavery to the devil in my life has passed away. Now I receive, experience and see new glorious experiences in my life in Jesus Name.”

“I have received forgiveness of sins. I am no longer condemned or up for condemnation in Jesus Name”

I didn’t focus my attention on Christians whose lives still reflects slavery to the the bondage of Satan. Rather, I focused on the reality of the insurance I had received and the covenant God has with me”

Even though manifestations were not all sudden, My Life improved greatly and turned around completely.

Strangely, three years later, I began to notice some uncomfortable occurrences. From an accident, to a fire outbreak, to a chronic illness etc, which I survived. This made me start doubting if the freedom of Christ was truly eternal. I didn’t stop praying in the HolySpirit nor did I stop my declaration nor stop listening constantly to messages rooted in the finished work of Christ. So, I really wondered what the problem could be. I also began to worry if I was doing anything wrong.

Things were just this way for a while, till I summoned courage to speak with the pastor who had led me to Christ the years before.

He received me very well into his office and after listening to me he smiled and said:

Many are the afflictions of the righteous: But the LORD delivereth him out of them all.

My brother, all you needed to know is this..,

All who believe in Christ Jesus are exempted from all evil. But, if ever any affliction arises, God has already dealt with it.

In other words, you may be praying and get a revelation of something evil to come. Smile and approach it from the point of victory. Do not be overwhelmed when challenges come. See it the way it is. That is, it has already been taken care of. Take out scriptures of victory over that circumstance and focus on them. As you do this and keep praying in the Holy Spirit, that affliction will fade away like a dust blown by the wind. Don’t be scared when afflictions arise. Rejoice for they have been taken care of by the One who we are in covenant with. Never let go of that. They are just things the devil throws from afar to shake you back into bondage by causing you to lose faith in Jesus ”

Indeed, I am not just Saved… I am insured….. hallelujah