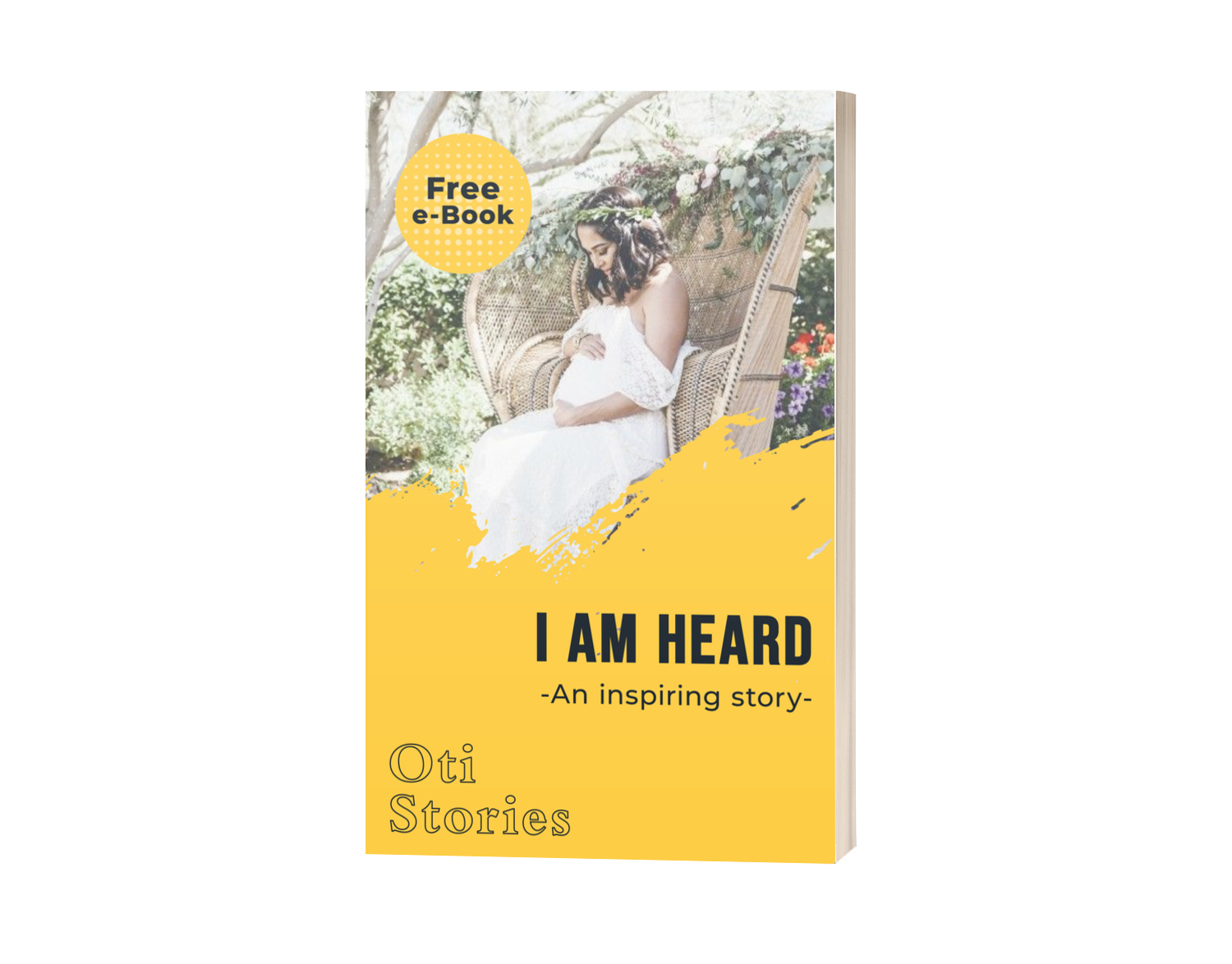 Have you prayed and prayed but yet it feels like God hasn’t heard you? Please, I recommend that you read this inspiring story.

Last week, I decided to rush off to a nearby shopping mall to get some groceries. As I was about to leave, my one year old baby, who happened to have been sleeping, suddenly woke up ????????. Initially, I thought I could rush off and then return back home, to meet her still sleeping. But I was really disappointed ????‍♀️. She woke up, just when I was about to step out.

So, I dressed her up, strapped her to my back and then stepped out. I didn’t think it necessary to go in my personal vehicle, because the said mall was just a short walk from my house????????‍♀️. I boarded a taxi ???? and in few seconds I was right at the Shopping Mall.

As I was about to get down from the taxi, I suddenly noticed that one pair of my baby’s shoe had fallen off. ???? I got really surprised and it made me very unhappy. I loved that shoe so much and I often liked how beautiful it looked on her.

Still feel surprised, I had a flashback to how I wasn’t really keen on putting them on her few moments before. Well, I consoled myself with the fact that I was so much in a hurry and that, I had no other choice other than to put them on her because, that was the only shoe I found readily available.

I strongly felt like crying ????but just then I remembered that I have a Father ????who loves me so much. He is such a good Father that spends the time meant for His sleep, in counting and numbering the hair on my head.????

Over time, I have learnt that the more I recognize the free and powerful love that God, my Father has for me, ❤ the more I would see and experience the fullness of it????. Even though I thought, there was no need bothering my Father with a mere baby shoe, I also remembered that the Father’s love for me has no bounds????.

At that moment, I immediately reminded myself that MY FATHER LOVES ME. Then I said a very short prayer, saying,

“Father I thank you for your love. I know you love me. I ask that, you preserve the shoe of my baby wherever it may have fallen and that no matter where it may had fallen, even if it was in the Taxi, I will certainly recover it”.????

After that prayer, I took a deep breath and then slowly walked into the Mall. On my way home, after I was done shopping, I carefully and steadily fixed my eyes on the road to see if I could find it. Well, it wasn’t there.

I felt discouraged all over again because I still couldn’t find it. I even had to walk a good distance with my baggage yet, I didn’t find it. I got really disappointed and it made me start to feel that God didn’t help me.

Three hours after I had settled down, I encouraged myself, dusted the feeling of disappointment and discouragement off me and then continued praying. I kept declaring…

The next day, I made several attempts to get a new shoe that looks similar to the one that was lost. For some reasons I couldn’t get any. It was either I didn’t find a similar shoe of her size or it wasn’t the exact color I wanted. Despite my attempts to get a another similar shoe, ????I never doubted in my heart that, God had heard me. I am sure He loves me and I know He always hears me.

Three days later, I suddenly felt like visiting the shoe shop, located few blocks from my house. I had visited that shop few months ago, and I could still remember that none of those shoes there caught my fancy ????‍♀️. I was only returning from the market that evening and had decided to just stop by again, perhaps I would find a shoe that is similar to the one I was looking for.

Luckily, for me ???? I still had the second pair of the missing shoe. I had kept it in my purse so I could compare every similar shoe I could find with it. I just wanted to ensure that I was going to buy the same kind. When I got to the shop, I brought it out and showed it to the vendor. I asked the vendor if she had a show of that size. I didn’t even bother to ask if she had a similar shoe to the one I showed her. Just with a glance, I could obviously tell that she doesn’t sell any shoe of very good quality in her shop. As she searched for any shoe of that shoe size, a very unfamiliar young lady walked up to me. Her eyes were fixed on the other pair of the missing shoe that held in my right hand. She looked at me and then asked me where exactly I got the shoe that I was holding from????.

I found that question very embarrassing. It sounded as though she insinuated that it I stole it. Normally, in that kind situation, I would either snub or ignore that fellow ????but in this case my reaction was unusually polite????. I calmly explained to her that the shoe belonged to my baby and then I went further to explain how I lost it and how much I loved it.

She kept quiet till I was done talking and then She asked me to hold on after which, then she left. Few seconds later she returned but this time she was with the other pair of the same shoe I was holding. It looked so much like the actual pair that had dropped off.

She told me that she found it three days ago, lying on the road. She said that she was attracted to it because of its beauty. So, she picked it up. She explained further that, she intended to give it to her kids to play with but, something unusual held her back. She also said her husband had attempted to dispose of it severally but, she specially begged him not to.????

She told me that 15 mins before she found me, a question crossed her mind on why she was still keeping the shoe. Because of that, she made up her mind to dispose it immediately she’s done with what had brought her outside. She got really surprised to find a similar shoe in my hands and so she decided to ask about it.????

The most shocking thing is that, she had found the shoe right in the middle of the main road far away from the street we both live in. I could see that it took my Father who loves me and always hears me ????to have ensured that, the shoe was picked up by a person who live in the same street with me. He didn’t just stop there, He also went as far as persuading her to keep it till that day.????