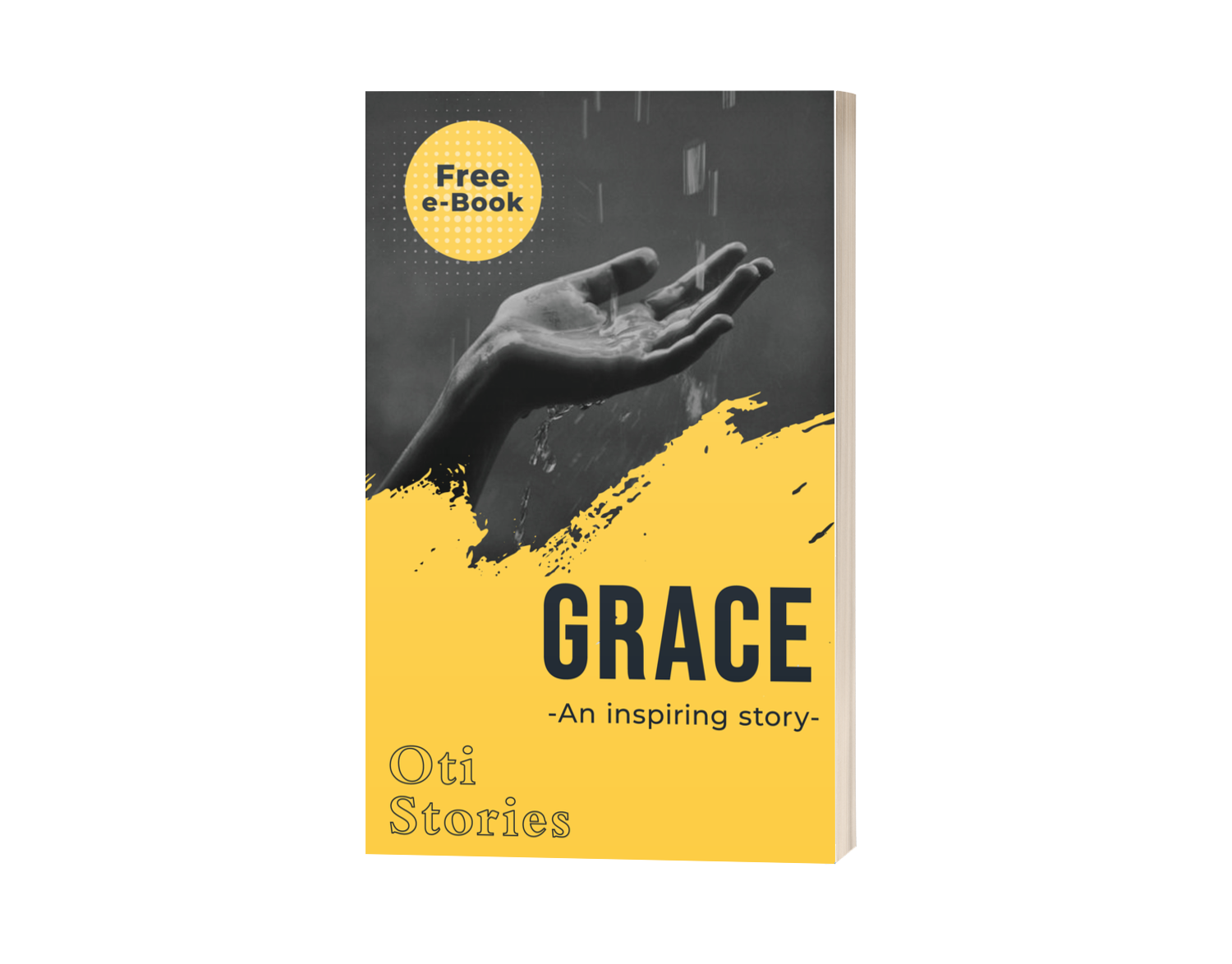 “This is a story of a lady who had been keeping herself pure and holy all the while, just to discover that a fellow whom she sees as dirty and had just given her life to Christ, appears to be enjoying more of God’s love and attention than she does. This made her feel very discouraged about living a holy lifestyle until she discovered what she wasn’t doing right.”

Sitting beside my bed drenched in my tears, my heart raced and my memories couldn’t hold still. It was from one thought to another. I knew I had wasted all my time. Emmanuel was a very good gentleman and very dear to me. He could have been mine now if not for my self centered pride.

Five years ago, I met Emmanuel at the university. It was a year before my final year. It was like love at first sight. We became friends and it was lovely.

He was in his final year and was really focused on finishing well. Though he already was a first class student, he was also very determined to finish as the best graduating student.

He inspired me so much and taught me some of his tips and tricks in studying. We went on as close friends till one day when he made his intentions known to me 2 months to his convocation.

He proposed marriage to me and got the shock of his life.

I slapped him. I told him that he was the devil and that he was taking our friendship for granted. He was shocked at my response but he calmly told me to think about it and then went away.

I stopped communicating with him. I didn’t take his calls anymore and always avoided seeing him. I didn’t even go to his convocation. In fact, I actually developed hatred for him.

You may wonder what the problem was but don’t worry you’ll find out as you read on.

I and Emmanuel lost communication till I saw his pictures on Facebook. He was getting married today! That was when my eyes opened.

When I was 13years old, my mother took me to a particular camp meeting. There, during the ” all ladies only” session, a lady walked to the pulpit and gave us a talk on her life. After narrating her story she ended by telling us that the only key for any woman to marry a good man and enjoy a divine marriage is by keeping her virginity and running away from men, relationships etc, she should remove her mind from marrying early and she’d  see the Angel ( husband ) God would just bring her way and that she would also know  within that it’s the right time.

She also said that for us to know it’s God at work, the man would be comfortable financially and that she would also feel it within, that it was time.

When we went for the same camp meeting the next year about seven ladies came to testify that immediately they heard that message the previous year, believed it and removed their minds  from the desire to marry, their husbands came their way.

A year after that I left my mom’s place and traveled to live with my Aunty permanently. Though I wasn’t attending those camp meetings anymore, I still held on to what that woman had said not really because of the testimonies, but because she looked very holy and she was highly respected as one who lives a very exemplary life. Since I love to walk in the steps of great people, I embraced this principle with the whole of my heart.

So, this made me  brag about my virginity to my friends and also encouraged them to believe in what I believed.

Then, three years after I got into the university, I found myself in a room where all seven girls excluding me lived rough lives. They were easy going but I often excluded myself from them, minding my business and being just by myself. I was not doing that for fear of being influenced but because I saw myself as holier and better than them. I saw myself as someone who deserved better because of my good lifestyle.

But then I was shocked when three of them got married in my final year. Though I wasn’t jealous, I consoled myself by concluding that  their marriage would break soon, since they do not live lives that pleased God. 3 years later, after we had graduated , the remaining 4 got married and I even heard recently that they are all living well and large. Well, it hurts that I, who pleased God, is not yet married and still  job hunting.

As a matter of fact, Emmanuel was the first male friend I had and before he even proposed marriage to me I already had feelings for him and also felt deep within that he was for me but when I examined him with the rule which I guided myself with he was disqualified.

First, he was just about to graduate and wasn’t yet financially settled.

Secondly, since he was just graduating, we would not marry immediately and would have to  be in a relationship which may eventually last longer than expected. (Remember I told you that  relationships are not allowed in the rule)

Thirdly, if the relationship gets too long I may end up losing my virginity and if that happens GOD WOULD BE ANGRY WITH ME and my marriage would never be a happy one, if we ever got married.

After these considerations, I made up my mind that Emmanuel was not from God. I didn’t even bother praying about it. In fact, I did all that to him just so he’d lose interest in me and it was for real.

I was woken up that very morning by a phone call from one of my university friends and she said to me after asking how I was faring and all… “Emmanuel is getting married today….. I thought you’d be the bride! What happened? You guys were so close before he left school. All these years I felt you two were in courtship….”

He was getting married to one useless prostitute who used to live in the room next to mine back in school. It even made me more jealous. “He should have waited!” I murmured. “So he forgot about a stainless lady like me and went for this trash!”

Oh no…I had just lost a really great guy. My feelings for him had always been there but I was too proud to reach out to him again. I felt that, if he was actually mine, he’d come to me again!

I went back to view the pictures my friend had sent me via Facebook and then I noticed what she had written underneath the pictures.

“ His bride to be is now a Christian. She’s a very popular minister of God now. Signs and wonders follow her everywhere she goes. While Emmanuel was appointed a commissioner in his state few months ago”

I immediately began to weep and weep. I was really hurt. As I scrolled through my Facebook timeline in depression that morning, unable to get up from my bed, I stumbled on a little write up that said….

“The swift or  strong never always win. It’s good to work but it’s best to believe and rely on grace even as you work.

GRACE IS WHEN SOMEONE  PAYS THE PRICE FOR YOU TO HAVE EVERYTHING. But if you do not know or believe it you’d end up trying to pay for everything by yourself which is impossible to do! THAT PERSON IT FOR EVERYTHING BECAUSE HE SAW THAT YOU COULD NEVER AFFORD IT.

I was trying to pay for what God has already given me as a Christian, constraining myself with unnecessary rules and principles, when that prostitute who just got saved came and acquired it all without stress.

It’s good to have moral values but they’d never take you where grace can take you! So remember that all that Christ has purchased for you through His birth, death and resurrection is readily available to you. Now it's your choice and responsibility to believe it and take it even as you live a life led by the HolySpirit.