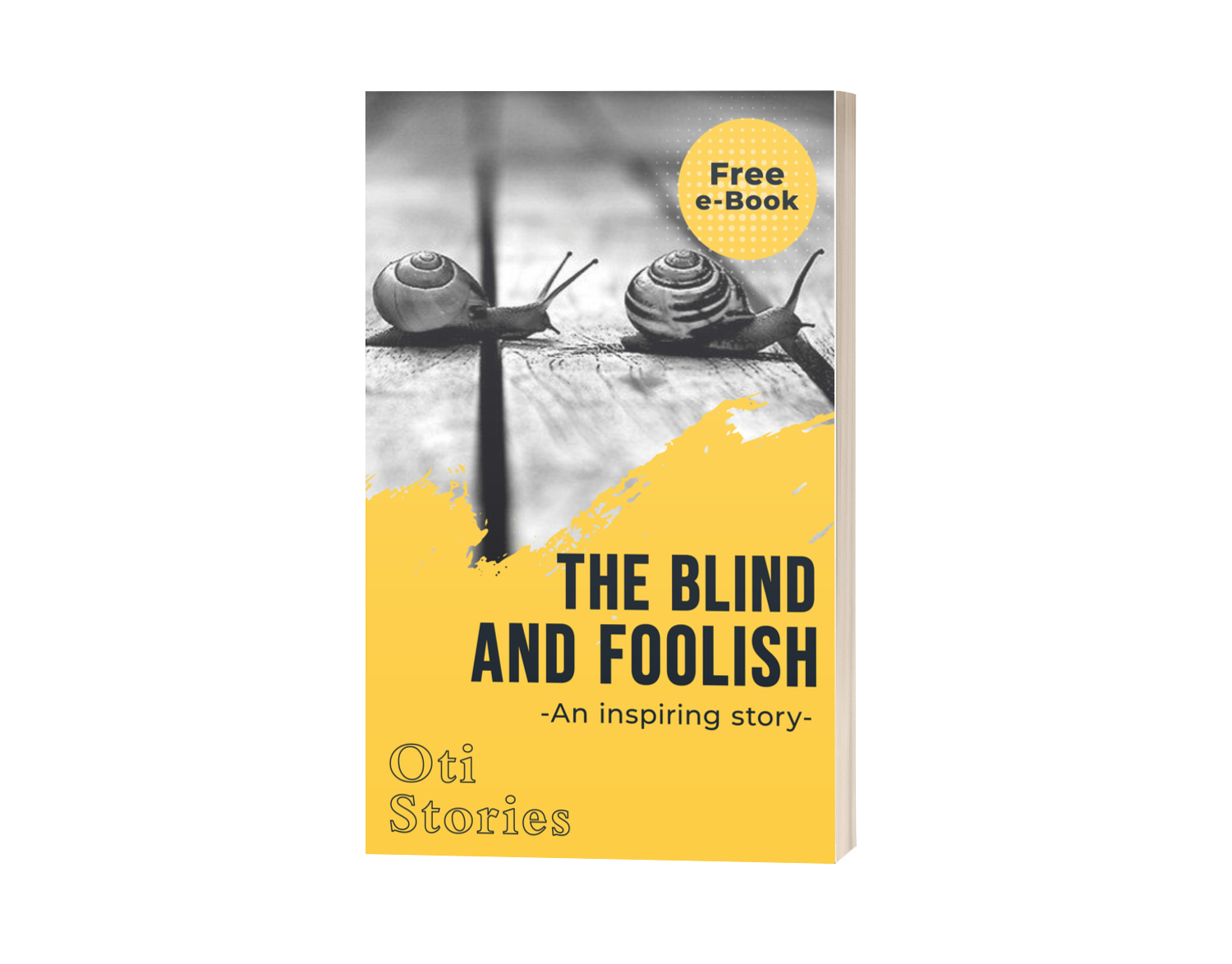 Even though that Christian political leader is not ruling right and up to expectations, this story reveals the secret why he has been put there by God and why he has to be in power at such a time.

Long time ago in a very great kingdom called Stardom, Oscar the very great king reigned. Things went well with the people and everyone was happy. Far away from Stardom was another kingdom called Doom. It’s people were under serious bondage from their king Wanta. He was full of evil and he made his people suffer. He was so strict and wicked. Despite his wickedness, his people were very loyal to him because he rewards them when they obey his evil instructions no matter how hard it may be. Well, due to the quest for survival, they had no choice than to obey. Nothing went for nothing.

He toyed with People’s life and dignity just for fun. His people hated him for this but they had no choice than to be loyal to him else they’d be punished severely or even killed.

This went on for years until he discovered another kingdom without a name. This nameless kingdom happens to be located between Doom and Stardom. Infact, it was the kingdom that linked these 2 far apart kingdoms together.

The people there lived their lives freely and were self led. They had no king, no rule, no law and no order. They did what ever they wanted.

When Wanta the King of Doom discovered this nameless kingdom, he began to encroach into it by catching some of its people and torturing them severely until they pledged allegiance to him as their king.

On the other hand, Oscar the King of Stardom was so good and generous. His people were full of life and blossom. They were happy and were always looking out for the good of their land and their king. Then something happened…

The people of Stardom multiplied greatly and then began to spread into that same nameless kingdom that Wanta the King of Doom had begun to encroach into.

Everything was a bit normal for a while because Wanta was carrying out his evil deeds secretly until the time came when he had been able to get a lot of the original people who occupied this nameless kingdom to bow to him as their king. He did this by torturing and inflicting torments on each one of them till they pledged allegiance to him. After which he treated them just the way he did to his people which made them unhappy.

So it eventually turned out that in that nameless kingdom there were 2 sets of people cohabiting there. Those who were loyal to Wanta the King of Doom and those who migrated from ( but still belonged to) the Kingdom of Stardom and it’s king Oscar.

Wanta didn’t like this because he secretly desired to rule over this nameless kingdom and to take control over everything and everyone in it. But as long as some of the people from Stardom were there it would a very impossible thing for him to do. So he began to make those who were loyal to him treat Oscar’s people badly. This went on for years and though Oscar the great king of Stardom was aware he didn’t do anything because his people who lived there never cried to him for help. That was another kingdom and it would be illegal for him to do anything there except the people who live there calls out to him for help.

Wanta the King of Doom knew this too, so he devised a very dangerous way of taking total control of this kingdom….

He knew that if he ever seized this nameless kingdom by force, Oscar the great king would intervene to defend the rights of the people. Therefore, he had no choice that to maintain their rights to choice of king so as to keep Oscar away.

He began to lessen the burden by doing good things to the people. He stopped kidnapping them and tormenting them. He became a little fair in his doings and told them that he didn’t want to have anything to do with them anymore. Then he hinted them on the reason why he was able to disturb them. He told them it was because they didn’t have a king and they were glad to know this. He told them that if they had a king no external person could come into their midst to torment them.

The people agreed to his request because they felt that someone from amongst them would lead them well. The inauguration was done and Wanta never disturbed them again.

Their new king reigned over them for 2 years in peace. Everyone was happy including the immigrants from Stardom. He did a lot of good things in the land and there was joy.

On the the third year things changed.

He became unfair to the immigrants from Stardom because he felt they were too prosperous. He started to enforce laws to limit their influence over the various sectors of the kingdom.

He gave the original people of the kingdom every good thing they wanted only if they’d do some certain requirements like giving their female children to him to sleep with. Soon the people saw it as a normal thing and everyone who couldn’t pay the sacrifice and the dues for what they wanted didn’t get it at all.

As the days passed people began to see his rules as normal and lived by it with joy. Unfortunately, the immigrants were not getting on well with the tides. They could not return home because their land was congested already.

On each passing day, many of them lost their positions and their businesses to the people who were willing to pay the sacrifice to have the wealth of the immigrants snatched by their king and have it handed over to them. This made the immigrants poor.

Oscar knew what was happening but his people still didn’t ask for his help. Been a wise king, he began his plan to devise a way out pending when his people would cry out.

He kidnapped a native of the nameless kingdom. A very young boy whose mother happened to be a Stardomite.

He taught and nurtured him secretly. He trained him on how to fight and how to rule. And 5 years later, the plan was ready for execution.

His people suddenly began to cry out to him for help because the king had begun to kill them one by one starting from their children and young ones. Wanta had instructed him to wipe them off the land since they wouldn’t leave in other to avoid the intervention of Oscar the great King.

Oscar told his people who had cried out to him to stop worrying and be calm.

So he sent Sprata, the little boy he had Kidnapped, nurtured and coached to challenge the King to a fight. Sprata dared him to a fight with a bet on his throne which meant that if Sprata wins, he’d become the king.

The King didn’t hesitate at all because he felt Sprata was too young to defeat him in a fight. He saw it as fun and then declared that if Sprata won, he’d become king.

The day for the fight came and Sprata killed the king. Sprata became king and in just 6 months into his reign, the people of the kingdom began to complain.

They said he wasn’t doing anything for them and that he was too young and was completely clueless on what to do. The immigrants also hated him because it looked like nothing was happening but they didn’t know he was there for them.

Today we are guilty of the same thing. Donald Trump has been placed inside the White House (and seemingly the president of the country that holds World Power as well as the most influential country in the world) for us.

He doesn’t have to do anything. God placed him there as an indication that the church is now in charge. We are to thank God for putting us in power and take this down to our different sectors knowing that We are now in control and that We have taken over in this world from up the head (presidency) to down the beards and then to the skirts.

The devil doesn’t want you to see this so he is amplifying criticisms against Trump seriously through his agents and media so you’d be distracted and not take good advantage of the opportunity God has given the church to dominate completely and also remain in charge.

You are in charge! I am in charge. Power has officially left the devil’s hands in the affairs of rulership and influence. Tap into the massive wealth transfer from the stars and celebrities that emerged during the devil’s reign (endorsed by ungodly presidents) to you now. You are now in vogue. Your business and company is now on top. Displacements have taken place.