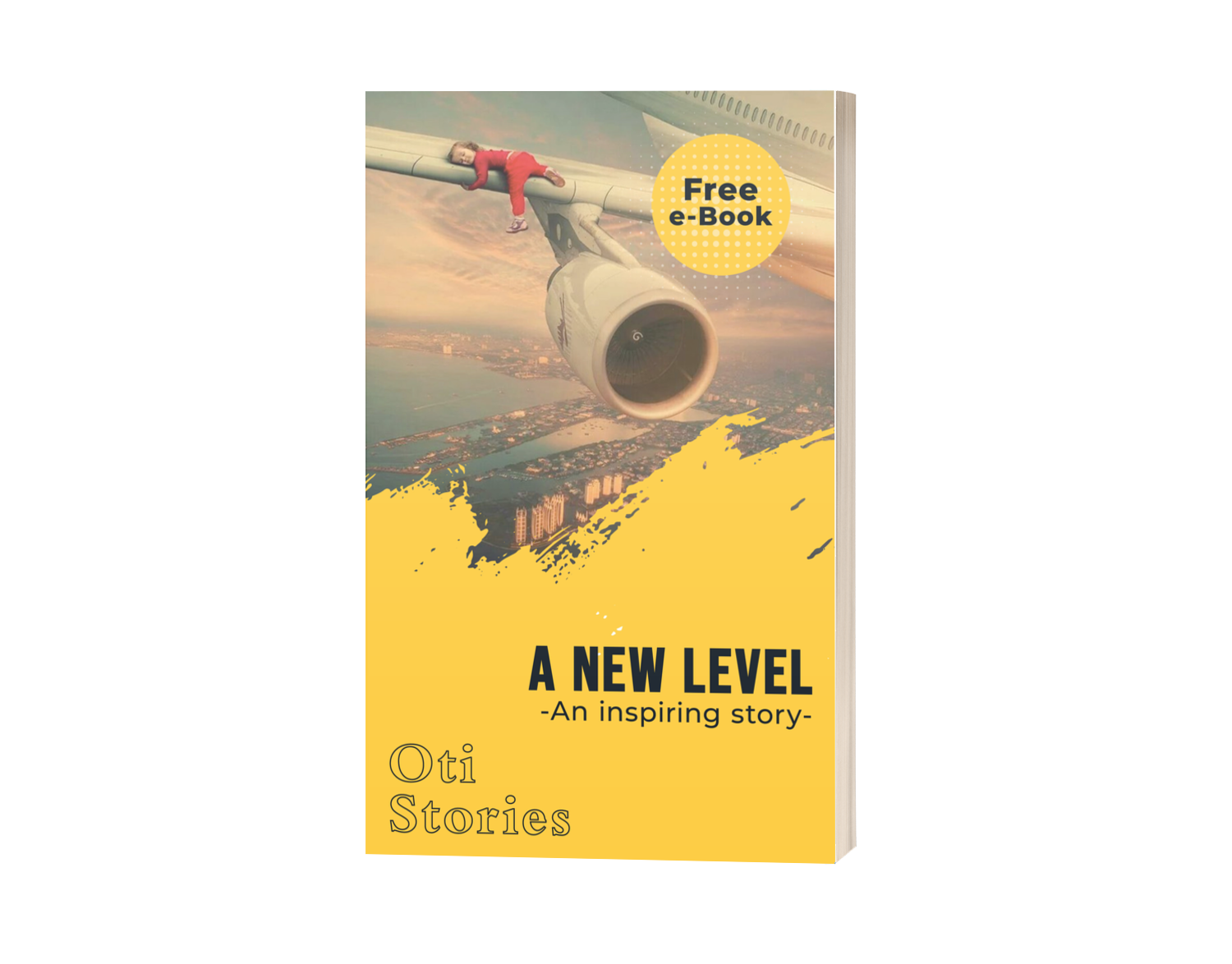 There’s hope for you in Christ Jesus. As you go through this very insightful story, you’d see how easy it is to rise and soar above regression, death, stagnation and oppression. You’d be awakened and propelled into a new level.

The past five years have been very very interesting for me. But then, I didn’t really feel fulfilled because I had certain expectations and results that I had not seen. As a matter of fact, there was no approach that I didn’t try. But, they never produced any of my expected results. It wasn’t as if I didn’t make progress. I did. But it was never commensurate with my efforts.

After a while, I eventually got fed up, frustrated and confused. Because in one sentence I could say “NOTHING WAS WORKING”. I had gotten worn out from putting in so much effort, becoming so excited about the expected outcome and eventually getting disappointed. It even became more unbearable when I started checking out others. I realized that some people were getting so many results, even when they weren’t putting in as much effort as I was.

After a few days of dwelling in self pity, I decided to give up everything. I made up my mind to stop! I told myself that henceforth, I was just going to warm the back seat of life and watch others do their thing. I stopped my business and found myself a meager job, just enough to put food on my table. But then, I wasn’t used to being idle. I realized that I needed something to concentrate on.

Around that time, the church I attended on Sundays happened to be preparing for a program. And they needed volunteers. Well, I decided to volunteer and take part in the planning process everyday, after my working hours. It was quite helpful but I didn’t actually enjoy it because I really didn’t know much about Christianity. The organizing team was always getting into conversations about certain things in Christianity, their revelations, experiences etc. and I often felt bad because most times, I am the only one who would hardly have anything to say or contribute in those discussions.

The program kicked off two weeks later. I didn’t want to attend, since I wasn’t really a church person. But then, I had already involved myself by being part of the preparatory process. So I had to be there. I can still remember that, on my way to the program that evening, I told myself that after that program, I’d return to attending church service only on Sundays. I also told myself that I’d prefer to be part of an NGO instead. At least there, I’d find people that I can relate with without having to feel odd.

So I got there in time, and decided to take part in ushering. The program went “church as usual” until the guest speaker finally came up. And for the very first time, since I started attending church, I felt a very mighty, calm, peaceful and refreshing presence in the building. It got very intense that I left my duty as an usher, grabbed a seat for myself and focused on what the guest speaker was saying. I really didn’t understand what that feeling was. It grew stronger and stronger. And the next time I opened my eyes, I found out that the service was already over and that I was lying there on the altar. I assumed that I passed out or something. Because all I could remember was that I went out to be prayed for during the altar call.

After regaining full consciousness of my environment, I lifted myself up and headed home. Now, on my way home, I had just one thing on my mind; which was the strange presence that I had felt during service. I suspected that presence was responsible for my passing out. I tried to figure it out, but it was totally strange to me. So, I concluded that I was going to see the church pastor concerning it the following day. Yet, I was unable to get it off my mind right till I went to bed.

That night, I prayed before falling asleep for the very first time. My little prayer went like this;

Dear God, how are you doing? Ehhhmmm I know you are the almighty. Well, I decided to stop being that Sunday stranger and today I surrendered to you. Thank you for accepting me. And I’m sorry that I’d have to bother you this early since it’s barely five hours since I became your responsibility. Today I felt something very weird in church and I can’t seem to get it off my mind. I’d like to know what it was about God? Thank you once again God. I’m in your hands tonight. In Jesus name I have prayed… Amen.

So that night, I had a dream that changed my life.

In that dream, I found myself somewhere very beautiful. But shockingly it was filled with that same stuff I felt in church. It was so intense that I could say that I was in its headquarters. Despite the fact that it was very intense, it wasn’t really very overwhelming. Somehow, I could handle it. I felt normal as I enjoyed the feeling of this stuff. I didn’t pass out at all. Then all of a sudden I found myself somewhere else again.

It was also a very beautiful place but not in any way like that of the first place. It was beautiful but it seemed as if everything was decaying and drying up. There was no stability. Things make little progress and then regress. I could see things struggling to grow. It was though there was a mist hovering around that was stifling everything and resisting everything from making progress.

As I stood there watching, I began to notice that same presence around me and filling me up. It felt like it was encapsulating me like a bubble inside out.

Then, almost immediately I heard a voice say to me:

Before you were born, God ordained you for greatness. And your greatness has been made possible and easy by the death, burial and resurrection of Jesus. Your efforts didn’t yield much because you applied them in the natural. On earth, Satan is the god of the world. He goes around to kill, steal and to destroy. But the presence of God gives life.”

“You got baptized with the Holy spirit when you passed out in church. Now not only does the presence of the Holy spirit reside in you, you now have the power and tool to generate so much of it to influence and give life to everything you do. You have been empowered to prosper. You have entered a new level. ”

Suddenly, I found myself speaking in tongues. Then I began to rise higher and higher. Then I entered that evil mist that had forced everything to struggle and make little progress. While I was still inside that mist, I kept speaking in tongues and after a while, I shot out of the mist. It felt like I had entered a state victory, where I could never experience any resistances ever again. Then again, that same voice said to me…

“IT’S A NEW LEVEL FOR YOU… CHARACTERIZED WITH FAVOR, GRACE, ABUNDANCE AND TAKE OVER. “

I woke up immediately. And at that moment, I felt really transformed, changed, empowered etc.. I didn’t waste any time at all. I began to pray in the Holy Spirit. It was funny how the lazy and clueless christian suddenly obtained favor from God. I thank God for His grace. He is indeed truly full of mercy and grace.

After that dream, I had an understanding that I am a channel to bring the beauty of heaven to earth, by default. I understood that I had been blessed with the power and presence of God through the in-filling of the holy spirit. I also had a conviction within me, that the more I generate the power and presence of the Holy Spirit and Keep it Up, nothing would be impossible.

I went back to my businesses that I had packed up, with the consciousness that I had entered a new level characterized with favor, grace, speed, abundance and take over. I spent time powering this new level by praying in tongues daily. As I prayed, l always kept the picture of me at a new level in my mind. Somehow I didn’t believe it alone; rather, I kept channeling the power and presence of the Holy spirit in me to this word “I have entered a new level.” And in a matter of a few weeks, my businesses began to shoot up. My efforts began to yield high results easily. Just as it was in that dream, I began to make progress as though there was a great force pushing me higher and higher, even till today.

Please let me tell you a secret. God has given you that new level that you desire. You enter into it by believing it’s yours and then power it by praying in the Holy Ghost.

Just the way you can tilt a rocket to the direction you want it to go, you can channel this New Level to whatever the works of your hands and expectations are. But most importantly you must see yourself in it and power it. In the new level that God has given you, like a rocket you will shoot above the sky, move with speed and take over territories in Jesus name….